While manufacturers are becoming increasingly inclined towards EVs and SUVs, there are still some sedans that could pique our interest at the expo 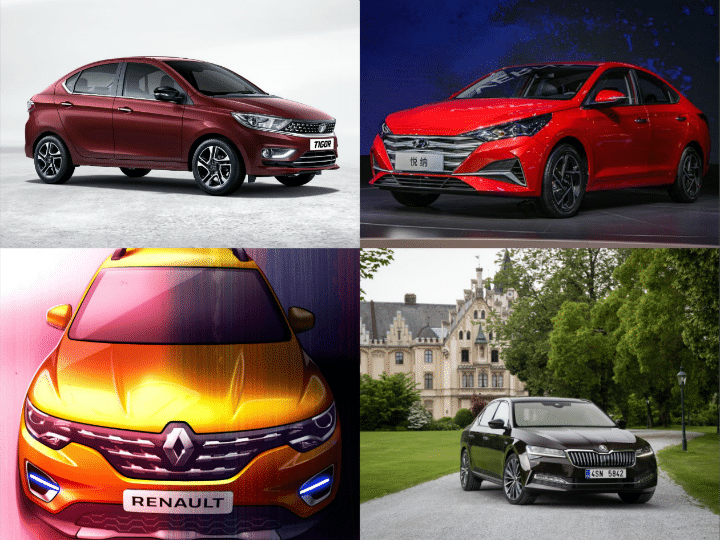 Auto Expo 2020 is set to feature plenty of debuts as well as launches from February 7 to 12. Majority of the expo’s lineup will consist of EVs, SUVs, as well as BS6-compliant models. While there aren’t a lot of sedans expected, there are nonetheless some big hitters to watch out for. Here’s a look at 5 sedans that could make it to the show:

First on the list of cars to watch out for is the facelifted Tata Tigor, that has been spied testing alongside the facelifted Tiago in India. The carmaker has recently revealed an image of the BS6-compliant Tigor, that features cosmetic changes similar to the prototypes spied. The changes include a revised front bumper, slimmer headlamps and an Altroz-like grille as well as LED DRLs on the foglamp housing. It is likely to utilise a BS6-compliant 1.2-litre petrol engine. The sedan is slated for launch later this month.

Next up is the Superb facelift that we’ve spied testing earlier in India. It will get major changes like revised headlamps, tail lamps and alloy wheels. Interiors are also expected to get upgrades in the form of  a digital instrument cluster, bigger infotainment system and connected car tech. It could be powered by a BS6-compliant 2.0-litre TSI petrol engine.

The next sedan on the list is one that will make many performance enthusiasts happy. Skoda has announced that the Octavia RS245 will be heading to Indian shores with a showcase at the expo. It is a more aggressive variant of the Octavia sedan and will be limited to 200 units. It is powered by the same 2.0-litre TSI engine from the RS230, but now developing 245PS/370Nm paired with a 7-speed DSG gearbox and front-wheel drive. It could also get 19-inch wheels and minor cabin alterations.

Hyundai’s lineup at the expo will include the Verna facelift that has been revealed in China. It gets a host of exterior changes such as a revised front end, new alloy wheels and a rear end upgrade that includes connected tail lamps. Interiors could get upgrades like an updated infotainment system, new digital dials, connected car tech as well as  a new steering wheel. Under the hood, it could be powered by BS6-compliant 1.5-litre petrol and diesel engines from the Seltos.

The most anticipated sedan at the expo is probably the Swift Dzire-rivaling compact sedan from the French carmaker. It could be an India-specific sedan, with exports to Latin America and South-East Asia. While we don’t know what it looks like, we know that it will be based on the same CMF-A+ platform as the Triber. It is likely that Renault will showcase a concept iteration of the sedan at the expo with a launch late in the year or even by 2021.

Aside from the Verna facelift, another Hyundai sedan to watch out for is the Aura compact sedan, that was recently revealed and is slated for a January 21 launch. It borrows a variety of design cues as well as interior equipment from the Grand i10 Nios hatchback and is powered by three BS6-compliant engines.