Rounding up the latest in Indian car scene, from electric car launches to spy shots and teasers 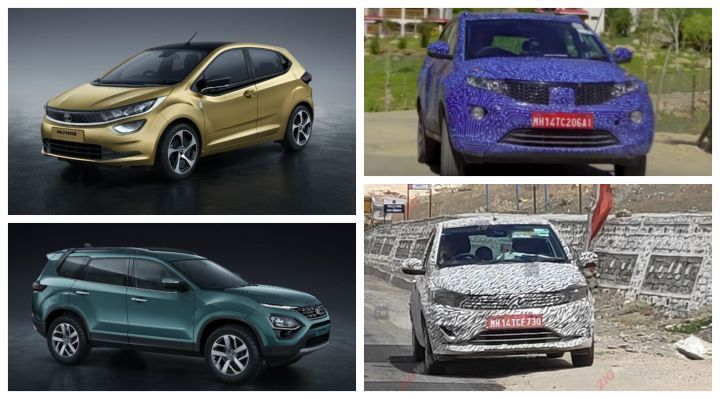 The past week was a smorgasbord of spy shots and announcements, with the only sad news being the Nano’s singular sales figure in India this year. EV ownership is set to become easier with new launches and better regulation. Various companies are getting their cars ready for release in 2020 - we saw the Octavia, Altroz, Tiago facelift, as well as many pre-production cars. Here’s the lowdown on the car news you may have missed last week.

The Tata Tigor electric vehicle is finally on sale for private buyers. It has a bigger battery than before, which gives it a longer range. All but the base long-range variants get the combustion Tigor’s standard safety features, as well as its Harman sound system. Tata also has plans to launch the Nexon EV sometime next year. To know more about the Tigor and the Nexon, click here.

Dealers started taking bookings for the 2020 Audi A6 this week. The car will be launched in India on the 24th of this month. The new A6 follows Audi’s all-new design language which we first saw on the E-Tron, and gets an all-digital instrument cluster. Quad-zone climate control and all other new features are detailed in this story.

Potential EV owners can breathe a sigh of relief, because the Government of India de-regulated, simplified, and clarified various aspects of EV charging. Owning an EV will only get easier by the day, with the government’s new two-phase plan to set up charging grids in all major cities. To know all about the new rules, check out the story linked here.

Volkswagen consolidated its three Indian subsidiaries into one company this week, which will now be called Skoda Auto Volkswagen India Private Limited. Skoda’s India 2.0 plan describes five launches before 2021. Last week, Skoda released a sketch of its new Rapid in Russia, and said that it will launch the car by the end of this year. To learn everything we know about the 2020 Rapid, click here.

Hyundai is about to launch an updated ix25 in China. We know that car as the Creta in India, and this is what it might look like when it comes to our shores. The new car has more in common with the Seltos than its own predecessor. Here’s all we know about the upcoming SUV.