Priced from Rs 16.50 lakh, its highlight is the Camo Green body colour 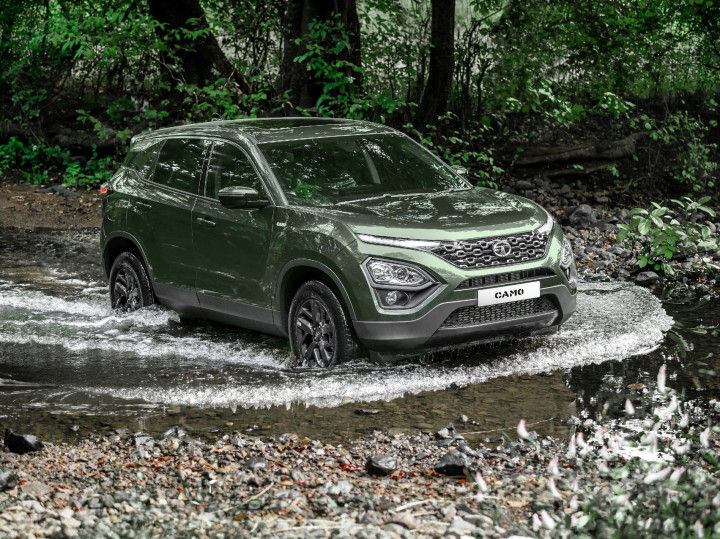 Tata Motors has launched the Harrier Camo Edition from Rs 16.50 lakh (ex-showroom). It’s offered in six variants at the same price as the stealthier looking Harrier Dark Edition. The Camo Edition is offered with both manual and automatic transmissions. Here’s a look at its pricing:

The Harrier Camo Edition commands a premium of up to Rs 30,000 over the standard model.

The highlight of this edition is the Camo Green body colour. It seems inspired by military vehicles and the dark green Jeeps used in the jungles. The blacked-out 17-inch alloy wheels blend well with this colour. A host of Camo Edition badging on the exterior depicts the special nature of this SUV.

The all-black theme of the interior with grey highlights is similar to the Harrier Dark Edition. But the upholstery gets contrasting Camo Green stitching, instead of silver like the Dark Edition.

One can also spruce it up by opting for the Camo Stealth and Camo Stealth+ accessory packs which add bits like Camo graphics, a Harrier mascot on the bonnet, roof rails, side steps, and front parking sensors. Interior additions include a back seat organiser, scuff plates, sun shades, 3D-moulded mats, and anti-skid dash mats. The Camo Stealth is priced at Rs 26,999 while the Camo Stealth+ will set you back by Rs 49,999.

No changes have been made to the features and powertrain departments. It continues to utilise the FCA-sourced 2.0-litre diesel engine developing 170PS of power and 350Nm of torque. The Camo Edition can be had with 6-speed manual and automatic transmissions, but the latter is limited to the top two variants.

The Harrier Camo Edition comes right ahead of Diwali and its appeal lies in its dark green shade, which suits the SUV quite well. It rivals the Hyundai Creta, Kia Seltos, MG Hector and Mahindra XUV500.

If you have had your eyes set on the standard Harrier, this is the right time to make a purchase as Tata is offering benefits up to Rs 65,000 on select variants. Read about it here.