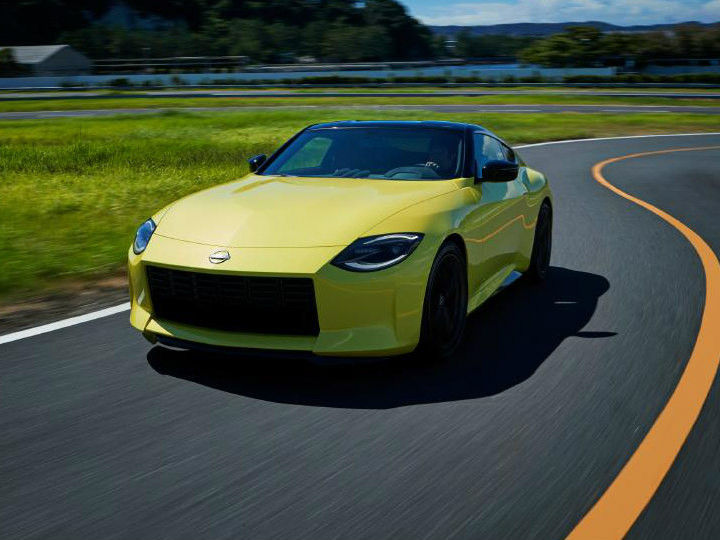 It’s been a long journey for the Nissan 370Z since 2009, with a successor long overdue. Now after an extensive teaser campaign, Nissan has finally taken the wraps off the Z Proto. Well, it’s not exactly a full-fledged successor of the 370Z as it’s a concept car, but its production-ready design should bode well for the production-spec model likely to be called the 400Z. And we can tell you that it's bolder than ever!

The design of the Z Proto is a hark back to the original Z with the silhouette featuring a roofline that flows from the nose to the squared-off rear. Its yellow pearlescent paint job is also inspired by the original Z and the 300ZX with a black roof. Up front, you get a pair of teardrop LED headlights with two half-circle DRLs similar to the 240ZG. The rear design is the most notable bit with a rectangular black bar that runs across the rear with horizontal LED tail lights inspired by the 300ZX. Other notable bits include carbon-fibre inserts on the side skirts, front lower lip and rear diffuser as well as the 19-inch alloy wheels and dual exhausts.

Heading inside, the retro theme sort of takes a backseat but it's still relatively clean with an all-black upholstery and yellow accents. Highlights include a 12.3-inch digital instrument cluster, a deep dish steering wheel with a plethora of controls, and a touchscreen infotainment system. Details on the infotainment system haven’t been revealed, but expect it to run Nissan’s latest software.

Under the hood, the Z Proto is powered by a twin-turbocharged V6 engine paired with a manual transmission as standard which is good news for purists. Unfortunately, that’s all Nissan has revealed as of now, but we can expect a step up from its predecessor. For reference, the 370Z pushed 332PS in standard trim and 350PS in the Nismo trim. We can also expect rear-wheel drive to be retained.

The Nissan Z Proto is likely to debut in production-spec avatar by next year. Back home, we haven’t had a Nissan Z model since the 370Z was discontinued in 2014. But it is unlikely to bring the latest iteration of the Z anytime soon with the current focus on the Magnite subcompact SUV for 2021. The rumoured Nissan 400Z will rekindle its rivalry with the Toyota Supra once it goes into production.