The Magnite undercuts both these premium hatchbacks but is it enough for you to consider it over the Polo and i20? 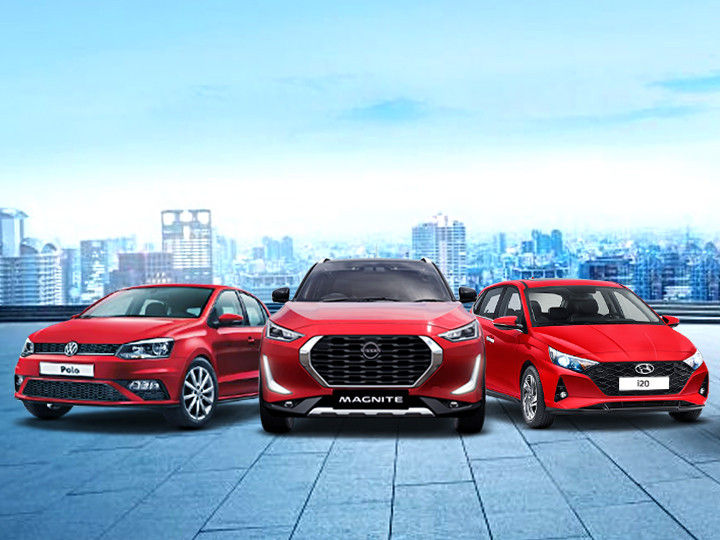 The Nissan Magnite’s disruptive pricing means one could consider it instead of premium hatchbacks such as the VW Polo and Hyundai i20. However, both hatchbacks are known to be quite fun-to-drive, especially in their turbo-petrol automatic guise. To find out if the Magnite has similar performance chops as the i20 and Polo, we strap our VBox on all three models and test them for performance and fuel efficiency. We are comparing the automatic variants of all three models.

The Magnite's power disadvantage does make its presence felt as it’s slower than the hatchbacks by almost a second. The Polo is the fastest car in the 0-100kmph run, beating the i20 by a whisker.

Even in the kickdown acceleration run, the Polo is the quickest car, doing 20-80kmph in 6.46 seconds. The Magnite, however, takes the second spot, beating the i20 by around 0.3 seconds.

In our tests, the Magnite is the most fuel efficient car on the highway, beating the other two by a comfortable margin. However, the car that surprised us in the urban jungle was the Polo. It returned a staggering 14.05kmpl, which is the best in this test. The i20, with its powerful 120PS engine, is the least fuel efficient.

The Nissan Magnite undercuts both the i20 and the Polo. At its price, it offers decent performance and is either as fuel efficient or more than both the cars on test. At the end of the day, it comes down to priorities. The Magnite is an SUV while the Polo and i20 are hatchbacks. So, it narrows down to the body style of your choice. But if you’re on a tight budget and want a sub-4 metre SUV, you should definitely check out the Magnite.