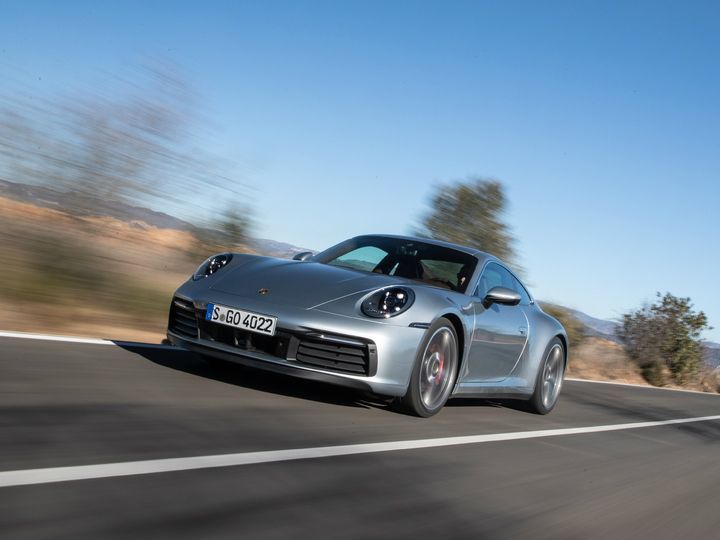 The Porsche 911 comes with the same 3.0-litre flat six turbo-petrol engine and 8-speed gearbox as before. The good news is that it produces 30PS more than the already bonkers figure of 425PS that the old car produced. Available in two variants, the Carrera S can hit 100kmph in 3.7 seconds and maxes out at 307kmph. The Carrera 4S on the other hand, hits 100kmph 0.1 second faster and maxes out at 305kmph. If you opt for the Sport Chrono package, both variants of the 911 shave off 0.2 seconds from their respective 0-100kmph times thanks to the inclusion of launch control and an updated map for quicker shifts from the 8-speed PDK gearbox.

Porsche has kept the basics of the 911’s looks the same. It retains the same swoopy looks as the previous-gen model, albeit with various updated elements. At the front, you get similarly shaped headlights with different elements inside them. Lower down, you get a sportier and aggressive-looking lower grille. On the side, the 911  maintains the same profile with more aggressive-looking 20-inch front and 21-inch rear wheels. The rear is where most of the changes are. The connected tail lamps a la the Cayenne Coupe and the twin rear exhausts complete the rear.

Things are considerably different on the inside. You get a typical Porsche cockpit with a huge rev counter flanked by digital screens on both sides. The centre console gets a huge touchscreen infotainment display that replaces the cluster of buttons that littered the cabin of the old 911. Move over to the gear console and just like the Cayenne Coupe, you get touch-sensitive buttons in place of conventional buttons seen on Porsches from the past.

When launched, the Porsche 911 will take on the likes of the Audi R8 and the Jaguar F-Type when launched. Expect it to be priced slightly higher than the previous car, which was priced from Rs 1.53 crore for the base Carrera S coupe to Rs 3.88 crore for the top-end GT2 RS variant. The next iteration of the Porsche 911 will be available in coupe or cabriolet forms, with sportier variants expected to join the lineup later
Continue reading

Porsche Lets Instafam Have The First Peek At The...