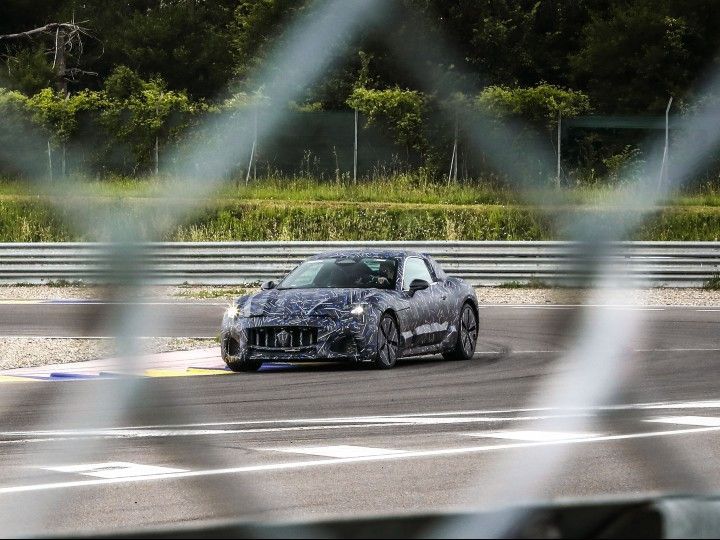 Maserati has finally released the first teaser images of the upcoming next-generation GranTurismo undergoing testing. While the model is a heavily camouflaged prototype, we managed to spot a few changes.

Up front, the vertical headlights are reminiscent of the ones on the MC20 sports car, flanked by a more rounded grille and large intakes on the front bumper. The camo on the C-pillar might be hiding a unique design. While there’s no rear shot, we think it’ll get new taillights.

Detailed features are yet to be known. But Maserati did hint at Level 2 and Level 3 autonomous driving technology. The former will include highway assist, while the next level comes with hands-off driving with maneuvering in lanes. Level 3 can also bring the vehicle to a stop should anything untoward happen.

The main talking point, of course, is that this will be the first Maserati to get an all-electric powertrain option. Joining it will most likely be the new Nettuno 3.0-litre twin-turbo V6 internal combustion engine that debuted in the MC20. While in the sports car, it makes 630PS and 730Nm, it will probably be retuned for the new GranTurismo.

We expect a debut sometime later this year, followed by its global launch by 2022. While there’s no word yet on when the new GranTurismo would make it to India, we reckon it may happen by the end of next year or early 2023.