Maruti Suzuki will launch the next-gen Celerio in September 2021 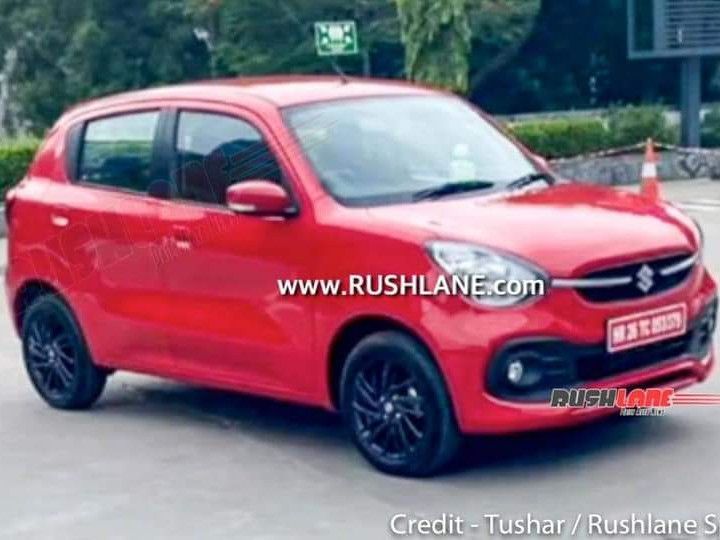 Ahead of its launch in September 2021, the next-gen Maruti Suzuki Celerio has been spotted sans camo for the first time. The hatch now sports a curvier design, making it look more chic and cute, especially in these red and blue colours.

A small grille flanks the bulbous halogen headlamps that is connected by a chrome strip. A few interesting elements can be seen in the bumper such as the small airdam, large round fog lamps, and the faux surrounds.

Things are much simpler on the side, where the hatch comes with blacked-out alloy wheels and relatively smoother lines. Topping up the design is the yet again large tail lamps and a relatively clean rear bumper.

The next-gen Celerio’s production-spec interior is yet to be seen. But spy shots suggest a very straightforward design with an all-black theme. Like the model on sale, it should come loaded with features including a touchscreen infotainment system with Apple CarPlay and Android Auto, automatic climate control, front and rear power windows, remote locking, and a multi-info display.

Passenger safety should be taken care of with dual airbags, ABS with EBD, and rear parking sensors with camera.

Under the hood, the hatch should continue utilising the existing 68PS 1-litre petrol engine. It could also get the larger 83PS 1.2-litre four-cylinder petrol engine from the WagonR. Both units could be offered with 5-speed manual and automatic transmission. A CNG option could join the lineup at a later stage.

The next-gen Celerio could command a premium over the current model which retails from Rs 4.66 lakh (ex-showroom). The hatch will lock horns with the Tata Tiago, Maruti Suzuki WagonR, and the Hyundai Santro.