Loaded with a host of first-in-class features, and with a focus on build quality and safety, the latest reincarnation of the new Santro looks to take the entry-level hatchback segment by storm 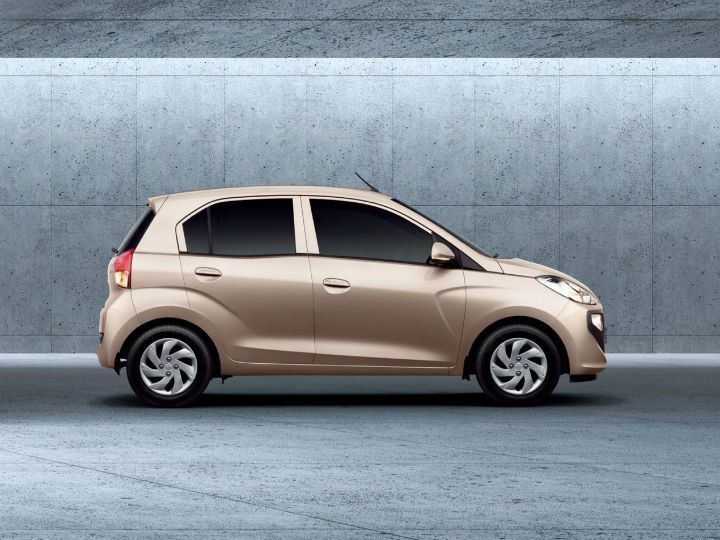 After being discontinued in early 2015, Hyundai’s most successful car in the country, the Santro, has now officially made a comeback. Unveiled today ahead of its impending launch, the all new Santro is set to go reignite its long-time rivalry with the Maruti Wagon R in the entry-level hatchback segment.

With its familiar tall boy design and new enhanced interiors and exteriors, it will be interesting to see if the Santro, once referred to as the king of entry-level hatchbacks, can retain its crown or not.

Here, we take a look at what the all new Santro has to offer in its latest avatar.

Starting from the front, the new and bigger cascading grille (much bigger than the Grand i10’s) dominates the front fascia of the all new Santro. There is a subtle chrome outline around the five horizontal slats that make it look premium. The sharp creases on the bumper show that Hyundai has given the design a fair bit of thought to make it appeal to the masses. In terms of size, the new Santro is much closer to the Grand i10 than the Hyundai Eon, which gives it a distinct road presence. The signature tall boy stance has been maintained in the design philosophy of the new Santro and Hyundai has also improved upon structural safety, with nearly 63 per cent of the body being made with high strength (44 per cent) and advanced high strength steel (19 per cent).

Under the hood, the new Santro is powered by a reworked version of the trusted 1.1-litre Epsilon engine from the previous generation, and makes a decent 69PS of power at 5500rpm. It is also available with a factory-fitted CNG engine that makes 59PS at 5500rpm. Hyundai claims a fuel efficiency of 20.3kmpl for the petrol variant and 30.5km/kg for the CNG version.

Hyundai will also feature its first ever AMT gearbox, called ‘Smart Auto,’ on the new Santro, to take on Maruti and Tata’s AMT offerings.

The interior layout of the new Santro is a mix of the Grand i10 and the Verna. Between two vertical centre AC vents sits a segment-first 7-inch touchscreen infotainment system equipped with Android Auto and Apple CarPlay along with Mirror Link support. And the lower part of the centre console, which houses the AC control knobs and a perched-up gear lever, seems to be derived from the Grand i10. The two-tone dashboard coupled with silver accents around the AC vents and the gear lever make for an upmarket feel. There are also some buttons behind the gear shifter to operate the power windows and lock/unlock switches.

All in all, Hyundai has tried to load the Santro with as many goodies as possible in a comprehensive yet modern packaging. With many first-in-class features and ones re-incorporated from the previous generation, the new Santro looks all set to take the entry level hatchback segment by storm. Hyundai is commencing pre-bookings (only online) of the new Santro from October 10, 2018, till October 22, 2018, with Rs 11,100 as booking amount for the first 50,000 customers as an introductory offer. With Hyundai looking to price the new Santro right around the Rs 3.75-3.80 lakh mark, rivals such as the Wagon R, Tata Tiago and the Maruti Celerio might just have a competitor that could give them a run for their money.

What do you think of the new Santro -- and would this be another game changer for Hyundai in India? Let us know in the comments below.