Mercedes-Benz GLA to be launched on 30th September 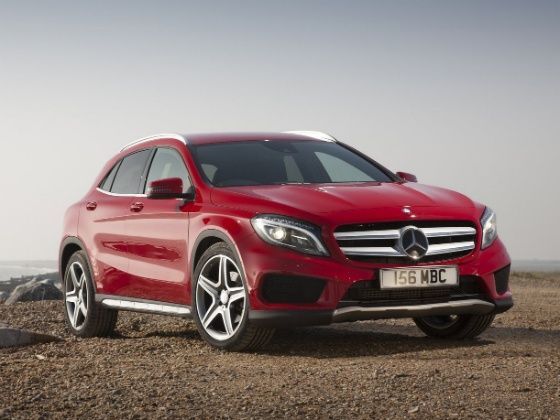 The highly anticipated Mercedes-Benz GLA-Class will officially be launched on the 30th of September and will go up against its more established rivals from Audi, BMW and Volvo. The GLA-Class, based on the same platform as the A-Class and the B-Class should be priced at about Rs 28-32 lakh (ex-showroom) with dealers across the country already accepting bookings for the same.

The petrol version of the car, badged the GLA200 Sport will come with a 1.6-litre, 4-cylinder, turbocharged, direct injection engine making 156PS of peak power and 250Nm of peak torque. The GLA200 will do 0-100kmph in 8.9-seconds on to a claimed top speed of 205kmph.

That said, the diesel is the one that will see most number of initial bookings and sales. Badged the GLA200 CDi, the diesel variant will come with a 2.1-litre, 4-cylinder, turbocharged diesel engine with 136PS of peak power and 300Nm of peak torque. With a top speed of 205kmph and a claimed 0-100 time of 10-seconds, the diesel is only marginally slower than the sportier petrol. Both the petrol and diesel engines will be mated to Mercedes-Benz’s tried and tested 7G-DCT automatic transmission with a dual clutch setup. We expect the petrol GLA to also get paddle shifters on the steering wheel just like in the A-Class and B-Class.

The Mercedes-Benz GLA is not only an important car for the compact luxury SUV segment but is possibly the most important launch for Mercedes-Benz for the foreseeable future. Its biggest rivals, the BMW X1 and the Audi Q3 have both been in the market for a few years now and have been instrumental in shaping the segment and their respective manufacturers for what they are now. Mercedes-Benz’s entry into the compact-SUV segment has been late but with the GLA’s coupe-like looks fused into a compact SUV dimension, a choice of both petrol or diesel engine and a Mercedes-Benz badge up front is most likely to ensure success for the German automotive giant.