High demand for the Mercedes-Benz GLA 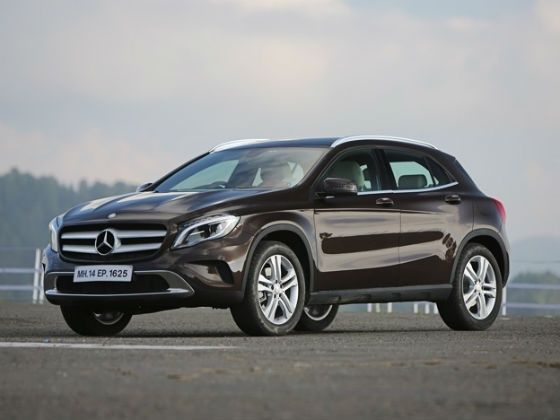 Mercedes seems to have struck gold with their new compact SUV, the GLA-class. Mercedes-Benz MD and CEO, Eberhard Kern informed us today that the GLA has a waiting period between two-three months depending on variant and Mercedes India is facing a shortage of units as a result. The GLA is imported into India as a CBU and is available with a petrol and diesel engine.

Mercedes has received over 600 pre-bookings of the GLA and all the allocated units of the GLA45 AMG have also been sold out. Next set of buyers will receive the car only early next year. Talking of AMGs, Mercedes has seen a 150 percent growth of its performance arm this year, and although the numbers are small, more affordable AMGs like the CLA45 AMG and GLA45 AMG promise to keep numbers high.

We get this news on the sideline of the 2015 C-Class launch. The C-Class is only available with a petrol engine and will be sold as a CBU for the next three months. The diesel and CKD operations begin only around January 2015. The diesel unit in the C-Class available in Europe is Euro 6 compliant. Euro 4 spec cars aren’t ready as yet but Mercedes wanted to continue the momentum it gained with the GLA and hoodwink BMW and Audi with a sooner than expected launch and hence the C-Class was hurriedly launched as a CBU.