The ‘Activity Edition’ comes with 4MATIC drivetrain and off-road package as standard equipment, apart from other upgrades 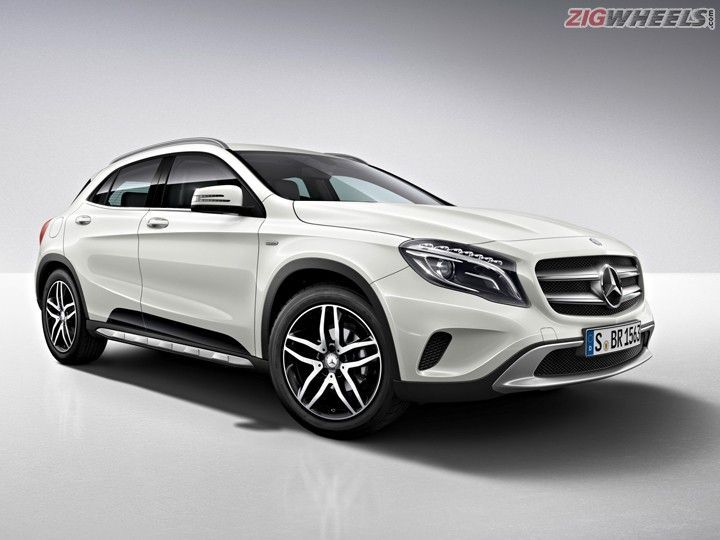 Mercedes-Benz India has been bullish with expanding its product portfolio in India. Keeping to the promise of launching 12 new cars in 2016, the German manufacturer has launched the GLA 220 d 4MATIC ‘Activity Edition’ today at a sticker price of Rs 38.51 lakh (ex-showroom, Pune). The ‘Activity Edition’ is the ninth product to be launched by Mercedes-Benz in this year. Till now the GLA was offered only with a front-wheel drive option, which is now accompanied with the option of a 4MATIC drivetrain.

Commenting on the launch of the new variant, Roland Folger, Managing Director and CEO, Mercedes-Benz India said: “Mercedes-Benz’s SUV portfolio witnessed a strong demand since its introduction and grew over 100% in the last couple of years. The GLA was a key addition to our SUV portfolio as it not only generated volumes for us but also opened the SUV segment to a much younger customer base. We have sold over 3500 units of the GLA since its market introduction and with the launch of the GLA 220 d 4MATIC Activity Edition; we expect the volumes to scale even further and add more value to the consumer. The GLA 220 d will now be available with the 4MATIC and off-road package as standard; which will ensure our discerning customers can make the best of every ground with this fully-capable SUV. We are confident that the GLA 220 d 4MATIC Activity Edition will continue Mercedes-Benz’s dominance in the luxury SUV segment in India.”

The ‘Activity Edition’ of the GLA comes with a slightly more powerful version of the 2.0-litre engine. Bearing the ‘220 d’ badge at the back, the 4-cylinder mill produces the same power output of 135PS while peak torque is now 350Nm. The ‘220 d’ variant of the GLA is torquier than the standard variant by 50Nm. Transmission duties are handled by a 7-speed DCT gearbox with the 4MATIC drivetrain. With the added torque and four-wheel drivetrain, the SUV is now capable of sprinting from 0-100 in 7.7 seconds.

On the exterior, apart from the ‘Activity Edition’ badge, it gets black decals on the door, longitudinal chrome elements and 18-inch alloy wheels. Along with the existing colour shades, Mercedes-Benz has added a new Mountain grey colour shade as well.

Inside, new additions include a new 8-inch media display with smartphone integration package, keyless GO start function, EASY PACK tailgate, rain sensing wipers, storage package and load compartment package with multiple storage facilities, along with a 12V socket in the boot, among other notable features on the car.