In a recent announcement at their Chakan plant, Mercedes-Benz announced that it will start production of the GLA-Class SUV in India 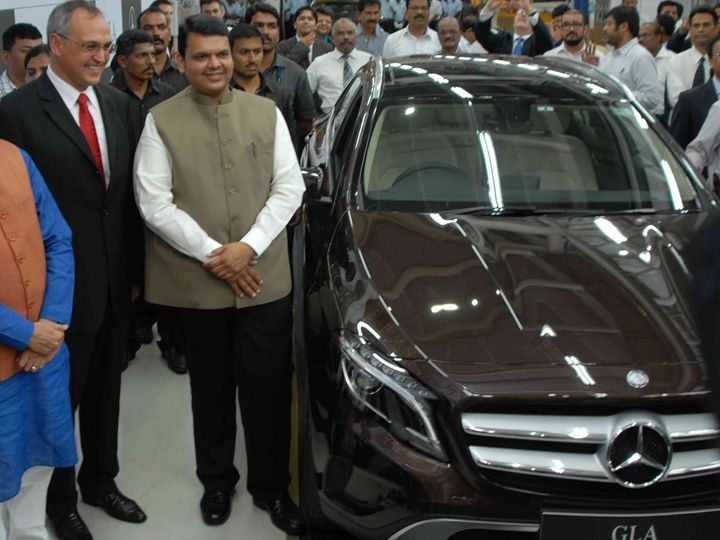 Mercedes-Benz entered into the compact SUV market with the launch of their GLA-Class last year. But starting at Rs 32.75 lakh for the base diesel variant, it was marginally on the expensive side, and more so considering its competition like the Audi Q3 and the BMW X1. However the high price point was mainly because it was launched as a CBU. Now, the Stuttgart-based car maker has announced that it will locally produce the GLA-Class.

The locally produced GLA-Class has been launched only in the diesel trim as of now and has been priced at Rs 31.31 lakh for the base GLA 200 CDI Style variant mamking it Rs 1.45 lakh cheaper than before. The top-end GLA 200 CDI Sport will now cost Rs 34.25 lakh instead of Rs 36.90 lakh. All prices ex-showroom Pune. The petrol trim will continue to be brought in as a CBU.

The GLA is built on Mercedes’ new front wheel drive MFA platform like the A and B-Class. The diesel comes with a 2.1-litre 4-cylinder unit with an output of 184PS and 300Nm.

Aside from the GLA-Class, Mercedes-Benz also started producing the C-Class locally earlier this year and the S-Class last year. With the three-pointed star working on its local production and ticking off one car after another from its product portfolio, it’s only a matter of time before the entry-level CLA-Class takes the CKD route as well.