The SUV is powered by a 3.0-litre diesel motor that pushes out 300PS of power and 600Nm of torque 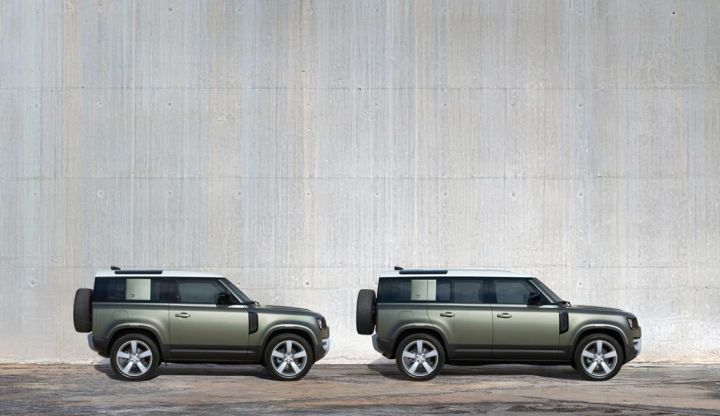 When the Land Rover Defender was launched in India back in October 2020, it was provided with only a 2.0-litre petrol engine. Now, the carmaker has added a diesel engine option to the lineup at prices starting from Rs 94.36 lakh (ex-showroom, India). The new engine will power both the Land Rover Defender 90 (3-door) and 110 (5-door) across the four trims (SE, HSE, X-Dynamic HSE, and new top-spec, X).

Compare the diesel and petrol variants, and you find a massive difference in price, ranging between Rs 10.42 lakh and Rs 14.46 lakh! Moreover, the new top-spec variant X is provided with only the diesel engine.

Under the hood of the Defender diesel is a D300 3.0-litre inline-six engine that delivers 300PS and 650Nm of torque. Power is sent to all four wheels via an 8-speed automatic transmission. Between the Defender 90 and 110, there’s only a marginal difference in the 0-100kmph sprint time; while the former takes 6.7 seconds, the latter does it in 7 seconds. Both have a top speed of 191kmph. The petrol option utilises a 2.0-litre four-cylinder unit pushing 300PS/400Nm.

The Defender diesel variants get all the bells and whistles as those of their petrol-powered peers, including LED headlamps and taillamps, LED DRLs, rain-sensing wipers, and powered and heated ORVMs. Inside, you’re pampered by Land Rover’s 10-inch Pivi Pro infotainment system (with Apple CarPlay and Android Auto), connected tech, three-zone climate control, a head-up display, heated and cooled front seats, and a 360-degree camera. It also gets driving aids like blind spot assist, adaptive cruise control, and rear pre-collision monitoring.

With the introduction of diesel-powered motors, there are now more options across the Defender lineup. While the SUV doesn’t have any direct rival, the Jeep Wrangler is its closest match when it comes to off-road prowess.