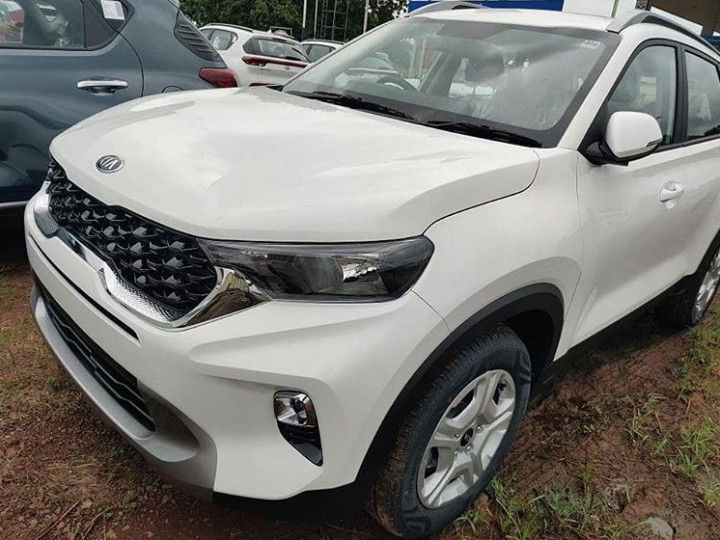 The Kia Sonet has just been launched in the country from Rs 6.71 lakh to Rs 11.99 lakh. Prices for the top-spec GTX+ automatic variants will be revealed by September end. The Sonet is offered in six variants: HTE, HTK, HTK+, HTX, HTX+ and GTX+. We recently got on our hands on some pictures of the Sonet’s third-from-base HTK+ variant. Here’s a closer look:

The HTK+ is the bang-on mid-spec variant in the Sonet’s lineup. But we must mention it doesn’t look too stripped down when compared to the top-spec GTX+ variant. The bling found in the top-spec variant has been toned down here.

For instance, LED headlamps have been traded in for regular halogen units.

Plain jane steel wheels have been cut in the shape of the wheel cap to mimic alloy wheels. You’ll  also notice that the chrome door handles found in the GTX+ trim are missing here.

The Sonet HTK+ looks similar to the GTX+ variant. However, its tail lamps utilise incandescent bulbs instead of LEDs and that’s liveable with in our opinion. A keen eye will also notice that the rear bumper utilises a silver applique instead of the piano black found on the GTX+ trim.

The main highlight with the Sonet HTK+ is in the powertrain department as it’s the only variant to feature all the engine-transmission combinations. Here’s a look at the spec sheet: