If MI5 can give its spies Aston Martins, the villains will do them one better with two fewer wheels! 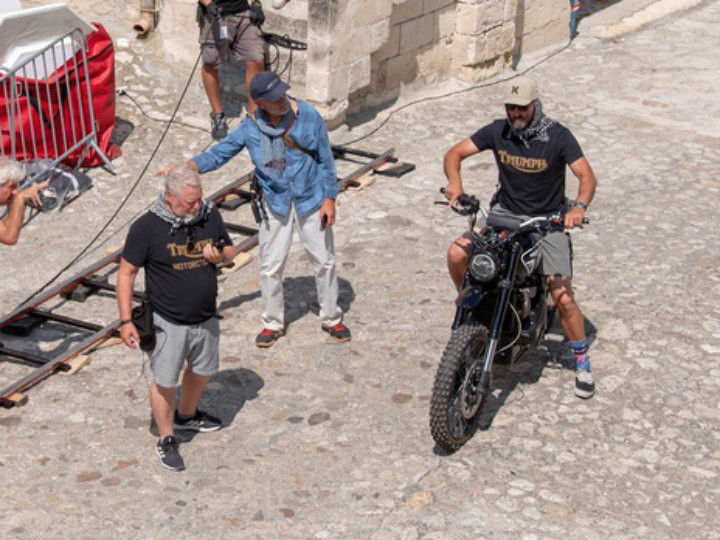 Unless you are living on a deserted island, you’d know that the trailer for the new James Bond flick, No Time To Die, dropped yesterday. And in the 2 minutes 30-odd-seconds clip, you can see Mr Bond doing what he does best - driving around in Aston Martins, jumping off rooftops and getting betrayed by his close ones. Typical James Bond stuff, then. What’s not so typical is that Triumph decided to side with the bad guys in this movie and allowed them to have a go on their latest toys, the 2019 Scrambler 1200 and the recently unveiled Tiger 900.

We have already tested the new Scrambler 1200 and we were mighty impressed with what Triumph has done with the motorcycle. While we put it through its paces around the twisties of Himachal Pradesh, if you want to get a gist of what Hollywood stuntmen can do with a motorcycle and a flight of stairs then skip the trailer to the 2:10 mark.

What’s interesting is that Triumph gave the bad guys the brand new Tiger 900 even before it was launched. “Big craggy sharp rocks, deep boggy mud, high speeds, big jumps and huge climbs and descents across a variety of conditions. The Tigers really have stood up to the task incredibly well, with no mechanical issues,” not our words, but words of James Bond stunt coordinator Lee Morrison. And considering the number of updates that the new Tiger 900 has received, we’re pretty sure that it would’ve taken all the beating with a straight face.

No Time To Die will release in India on April 8 next year. Being serious journalists, we will of course watch this movie to see what these bikes can do on the big screen. For research purposes, obviously.