The new Tigers get a revised engine, better electronics and variant names that are simpler to remember 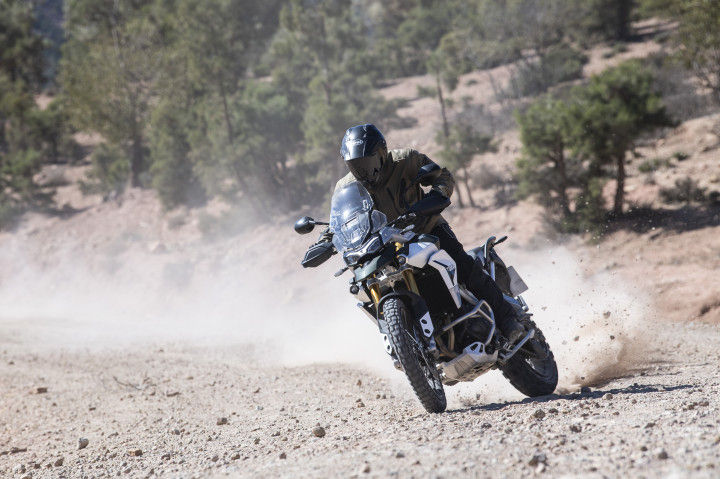 Triumph has finally launched the updated version of its middleweight adventure motorcycle, the Tiger 900, in India. The GT trim is the new entry-point into the Tiger family as it is priced at Rs 13.70 lakh. The hardcore Rally and Rally Pro variants come bearing a price tag of Rs 14.35 lakh and Rs 15.50 lakh. Bookings for the Tiger 900 had commenced a while back and deliveries of the adventure bike should begin in the coming weeks. Here’s how the pricing compares to their corresponding models on the old Tiger 800:

The new Tiger 900 Rally Pro is priced on par with the manual version of the Honda CRF1100L Africa Twin while the DCT version is Rs 60,000 dearer. Here's how the two models compare.

The Tiger 900 looks distinctively different from its predecessor. The sharp LED headlights, enduro-ish stance, exposed steel trellis frame and slimmer proportions give it a rather purposeful stance. The Rally trims with their longer legs and spoke rims seem more capable at tackling the rough bits than the old XC models of the Tiger 800.

Triumph has given the Tiger 900 a brand new heart that now displaces 888 cubes. The three-potter might pump out the same 95PS but torque has gone up to 87Nm, 8Nm more. With a new 1-3-2 firing order and a bottom-heavy torque curve, this new engine has certainly improved its off-roading credentials. And it is not short on riding aids as well. Ride-by-wire, few rider modes, lean-sensitive traction control, cornering ABS and also a bi-directional quickshifter (standard on the Rally Pro, optional on the other two trims) are just some of the electronic aids on offer.

To know everything about the new Tiger 900, check out our in-depth piece on the adventure model. And if you want to know how it behaves or how much of a step up it is over the old 800, you should definitely check out our first ride review of the Tiger 900.