A More Aggressive N Line Tucson Is In The Works 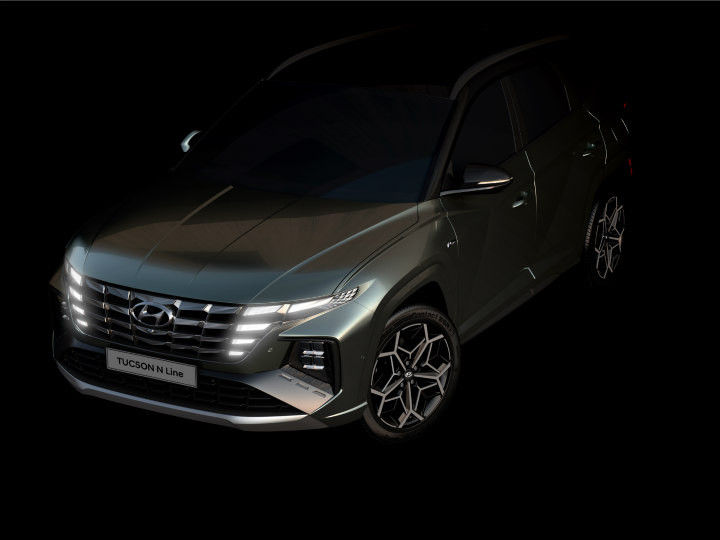 Back in September 2020, Hyundai took the wraps off the fourth-generation Tucson SUV which was already swoopier in design, loaded with modern features and a clean plug-in hybrid powertrain. Well now, Hyundai is set to further enhance the Tucson by adding a N-Line variant to the lineup with a couple of teaser images giving us a glimpse of what to expect. Keep in mind that this isn’t an all-out ‘N’ branded model but more of a middle ground trim.

At a glance, the Hyundai Tucson N Line doesn’t seem much different, in fact, it even follows Hyundai’s ‘Parametric Dynamic’ design language. Take a closer look and you’ll notice the front bumper features subtle tweaks in the form of bigger air dams and a prominent front lip spoiler. There’s also a more complicated set of alloy wheels and a new rear bumper.

Cabin images are yet to be revealed, but Hyundai has confirmed differentiating interior trims and colour selections. Expect the Tucson N Line to retain the modern touch-sensitive centre console and a wraparound dashboard layout with faux AC vents from the standard model. It could feature a 10.25-inch touchscreen infotainment system with Android Auto and Apple CarPlay, BlueLink connected car tech, a tablet-like instrument cluster, voice commands, a Bose sound system, air purifier and sunroof.

Since N Line trims are mostly cosmetic updates, expect the Tucson N Line to retain the 2.5-litre petrol engine and 1.6-litre turbo-petrol plug-in hybrid options. The former makes 190PS/247Nm and is paired to an 8-speed automatic transmission. The petrol-hybrid engine, on the other hand, makes 230PS/350Nm  and is paired to a six-speed automatic transmission. Power is distributed to all four wheels. It also gets numerous drive modes.

The Hyundai Tucson N Line will be the seventh Hyundai model in Europe to get the N Line treatment. It will go on sale by 2021. Back home, we expect the next-gen Tucson by 2022. We’re hoping the N Line trim also makes it to the India-spec Tucson since Hyundai currently has no N or Line trim in India. It's likely to be priced around the Rs 23 lakh mark. It will go up against the Jeep Compass, Skoda Karoq, and the upcoming facelifted VW Tiguan.