What better way of product placement than having Marvel superheroes selling your cars? 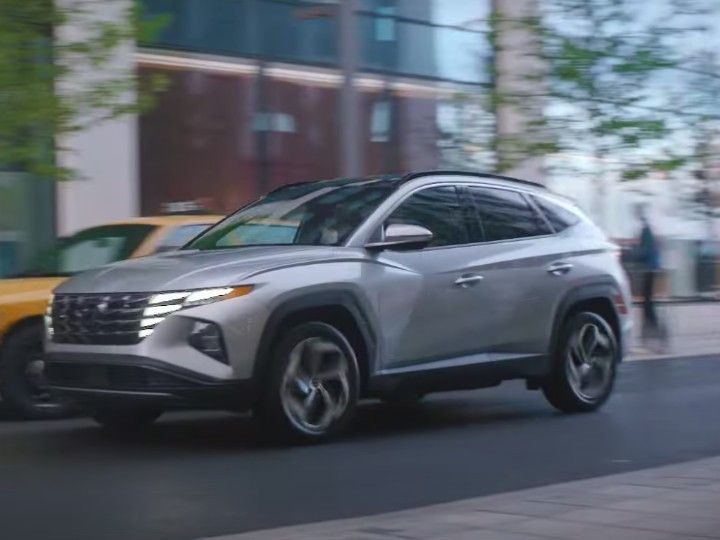 Thanks to the big screen that’s quite the perfect place for product placement, Hyundai and Marvel Studios have joined hands to get some eyeballs on the next-gen Hyundai Tucson that debuted in September 2020. This promo campaign is essentially your favorite superheroes from the Marvel Cinematic Universe’s Disney+ series promoting the fourth-gen SUV.

This campaign will have a 60-second cross-Disney spot, a 30-second Marvel compilation, and 15-second and 6-second ads running across TV, streaming, and digital and social media platforms. Starring in them will be none other than Loki (Tom Hiddleston), Captain America (Anthony Mackie), and Wanda Maximoff (Elizabeth Olsen). In addition, there will also be another set of creatives inspired by What If…?, Marvel Studios’ first animated series.

The Hyundai Tucson makes a subtle appearance when Captain America pulls off some acrobatics over it in the middle of a battle. Another promo clip used rather innovatively is when Wanda holds what looks like a toy model of the Tucson that magically transforms into the real thing.

In fact, this isn’t Hyundai’s first liaison with Marvel; the Kona Iron Man Edition in 2017 sported a slick dual-tone body shade of matte grey and red accents. We also had the Sante Fe and Veloster make their appearances in the ‘Ant-Man and the Wasp’ movie back in 2018.

The next-gen Hyundai Tucson already stands out in its own right. The SUV has a more swooped silhouette, modern-day interior, improved features, and a clean plug-in hybrid powertrain. We expect it to reach India around 2022, at prices likely starting from Rs 23 lakh.  It will take on the Jeep Compass and the upcoming facelifted VW Tiguan.