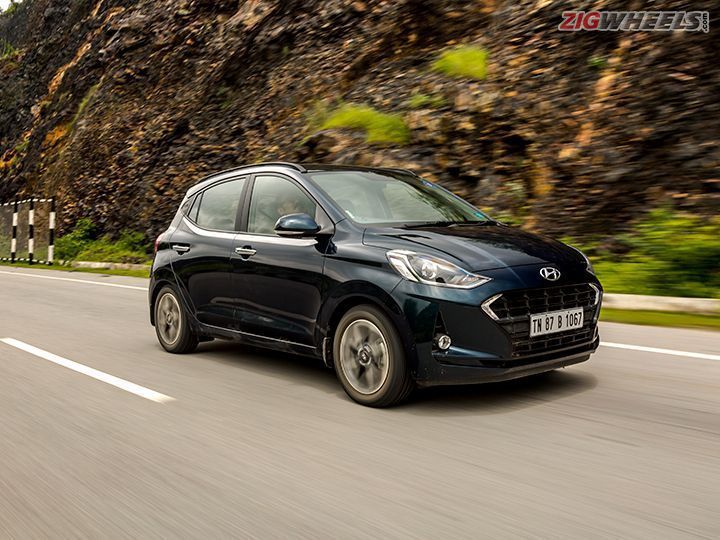 Recently, Hyundai launched the Grand i10 Nios in India with a 1.2-litre petrol and diesel engine. However, discussions with Hyundai India officials have suggested that a 1.0-litre turbo petrol will be introduced in the Nios lineup. Furthermore, it could be launched later this year as well. This step could be taken in response to the upcoming CAFE emissions norms in India in 2020. This is the same engine which was introduced in the Venue and makes 120PS in the SUV.

Hyundai charges a premium of around Rs 1 lakh for the jump from the 1.2-litre naturally aspirated petrol motor to the 1.0-litre turbo-petrol engine in the Venue. This means that the Grand i10 Nios equipped with the 1.0-litre turbo-petrol could be priced close to Rs 7.4 lakh to Rs 8 lakh (ex-showroom) as it will most likely be based on either of the top two trims. At this price, it will rival the likes of the Tata Tiago JTP, Maruti Suzuki Baleno RS and the Volkswagen Polo GT TSI.

This Grand i10 Nios turbo-petrol is expected to debut as the third generation Euro-spec i10 in September at the 2019 Frankfurt Motor Show. The Korean carmaker had earlier dropped a teaser sketch of the Euro-spec i10 (our Grand i10 Nios) and while it shared similarities with its Indian counterpart, it is expected to feature a funkier exterior. Spy shots of a sportier looking i10, slated to be the N Line variant, has been spotted testing on European roads.

First impressions of the heavily disguised test mule suggest that it will feature a host of interesting bits. It gets an aggressive cascading grille with different LED elements and larger intakes in the front bumpers as the teaser sketch suggested. The wheels, too, are expected to be larger and bear a sportier design. At the rear, the major highlight comes in the form of a double-barrel exhaust setup which further reiterates the sporty look.

While interior details of the upcoming hatchback haven’t been revealed yet, we expect the N Line variant to continue with the sportier theme with sportier seats, among other additions.

Although the technical details have not been revealed yet, the i10 N Line could be powered by the 1.0-litre T-GDI 3-cylinder turbo petrol unit from the Venue. The turbocharged petrol engine delivers 120PS of power and 172Nm of torque in the Venue. The i10 N Line is likely to get a different state of tune, but might feature the same 6-speed manual or 7-speed DCT transmission as the Venue. The i10 N Line is also expected to get performance enhancements like upgraded brakes and a stiffer suspension setup. The regular variants are expected to continue with the same engine lineup as its predecessor.

It is still unknown whether the N Line variant will be included immediately or launched at a later date. Post launch, the i10 N Line is expected to rival the likes of the Volkswagen Up! GTI in international markets.