The New Hyundai i20 Looks Sensuously Sporty In The New Teaser! 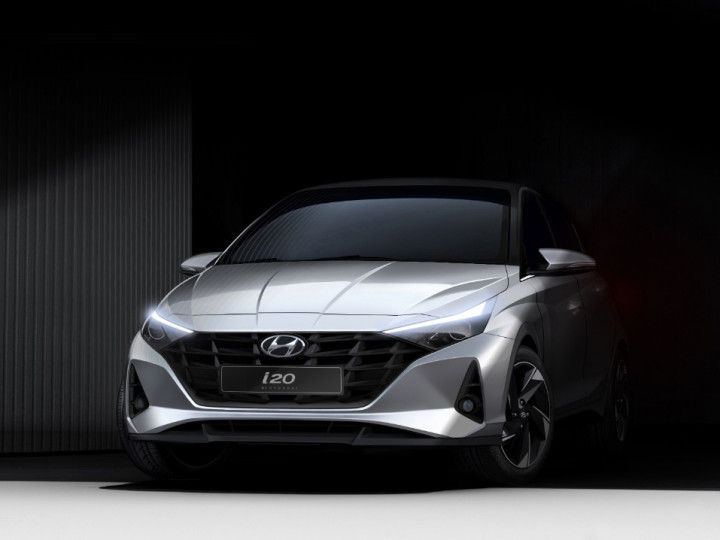 It’s the start of a new week and there ain't a better way to begin than by reporting about the just revealed new-gen i20’s design sketches. We’ve also learnt that Hyundai has dropped the ‘Elite’ tag and it will now be called just the i20.

It follows Hyundai’s Sensuous Sportiness design language and looks similar to the Euro-spec model. Hyundai hasn’t gone overboard with the design of the i20 and as a result, it looks spot on!

The large, single-piece cascading grille flanked by sharp-looking LED projector headlamps gives the front-end a mean look. The fog lamps come in a triangular housing and the sharp creases and bulges on the bonnet add muscle. The keen-eyed will notice the five-spoke dual-tone alloy wheels, which are likely to be 16-inch units on the production-spec car.

The rising shoulder line adds character to the i20’s profile. Just like the Euro-spec model, the i20 also comes with split-LED tail lamps connected by a thin chrome strip. A gloss black plastic breaks the visual mass at the rear.

The i20’s interior is also similar to the Euro-spec model. The floating touchscreen infotainment system and the faux AC vents resemble an Audi while the four-spoke steering wheel is a straight lift from the new-gen Creta. In typical Hyundai fashion, the i20 will come loaded with features. Read about it here.

The new-gen i20 will be offered with three engine options: an 83PS 1.2-litre petrol, a 120PS 1.0-litre turbo-petrol, and a 100PS 1.5-litre diesel. Hyundai is likely to limit the automatic transmission with the petrol engines while the turbo-petrol unit could benefit from a 6-speed clutchless manual. The diesel engine could be offered only with the 6-speed manual transmission.

The new-gen Hyundai i20 is set to be launched in the first week of November. Select dealers have even commenced unofficial pre-launch bookings. We expect it to be priced from Rs 6 lakh to Rs 10 lakh (ex-showroom). It will rival the Tata Altroz, new Honda Jazz, Maruti Suzuki Baleno and the Toyota Glanza.