Apart from the BS6 compliant motor, the bike gets subtle design tweaks 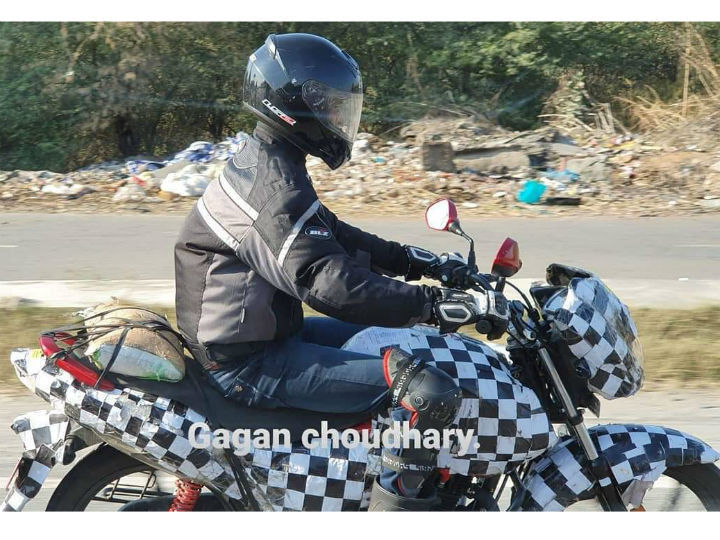 The BS6-compliant version of the Hero Glamour FI has been spotted testing. Going by the spy shots, it looks like Hero MotoCorp has subtly tweaked the design of the bike. The headlamp cowl has been redesigned but even though the images don’t reveal the type of bulb setup, we believe it will continue to be a halogen unit to keep costs in check. Perhaps, Hero could offer LED DRLs for a sportier look. Also, the instrument cluster looks different but is likely to continue with the semi-digital setup, albeit with a new layout.

Also Read: Feast Your Eyes On This Kitted-out XPulse Designed To Do All Sorts Of Dirty Deeds

At the rear, the split grab rails have been replaced by a single-piece unit and the LED tail lamp has been redesigned as well. While the BS4-compliant version features a tyre hugger, the test mule does not feature one. These changes suggest that Hero could be trying to offset the increase in cost due to cleaner emissions.

Like the BS6 Splendor iSmart 110, expect the BS6-compliant version of the Glamour to make slightly more torque at the cost of power output. Currently, the 124.7cc single-cylinder fuel-injected motor produces 11.69PS at 7500rpm and 11Nm at 6000rpm, working alongside a 4-speed transmission.

It looks like Hero hasn’t tinkered with the underpinnings as the bike retains the front disc-rear drum setup with IBS (Hero’s jargon for CBS). Suspension bits include a telescopic front fork and twin rear shock absorbers. Expect Hero MotoCorp to offer a front drum brake-equipped model as an option for the more budget-conscious.

As far as the launch details are concerned, Hero is likely to bring out the bike early next year. Expect the manufacturer to price it at a premium of Rs 3,000 to Rs 4,000 over the current model. At present, the Glamour FI costs 69,950 (ex-showroom Delhi). Once launched, it will go head-to-head against the first BS6-compliant 125cc bike in India, the Honda SP125.