In typical Kia fashion, the Sonet comes loaded to the gills with features. Here are the ones that stand out 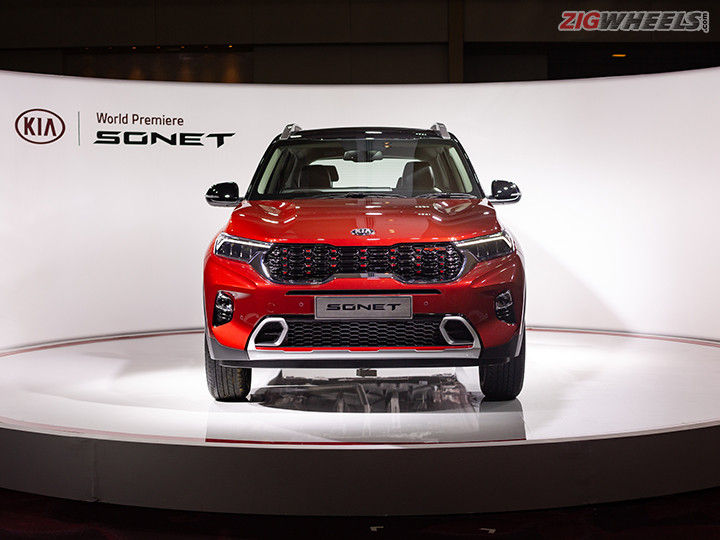 The Kia Sonet has wooed us with its fabulous looks, varied powertrain options and a super long list of features. Clearly, Kia has done all it could to ensure that the Sonet reaches showrooms with a bang. And to do that, the manufacturer has loaded it up with various first-in-class features. Here are the ones that really stands out:

Sure, touchscreen infotainment systems are already the norm in this segment. But the Sonet takes it up a notch by offering a huge 10.25-inch system, the largest in the segment. This system, a straight lift from the Seltos, comes with Kia’s UVO connected car tech, Android Auto and Apple CarPlay. The sound is also routed through a crisp Bose system, which brings us to the next feature...

This is basically like ambient lighting, though it changes colour depending on the song and its beats. While some might like that effect, a few might think it's too blingy. That said, you can also opt for some pre-set themes or set your favourite colour choice to uplift the cabin ambience.

This was a big big surprise from Kia as the front seats in the Sonet feature ventilated seats. This particular feature can’t be found in models that cost twice as much as the Sonet. Ventilated seats do come useful in a hot country like India as they keep your back and derriere cool and free from sweat. A very useful feature. Thumbs up Kia!

The Sonet comes with drive modes, which the Nexon also offers. What’s exclusive to the Kia is Traction Modes. Three predefined modes, namely Snow, Mud & Sand, alter the traction control and throttle settings to aid you on various tarmacs. Mind you, the Sonet ain’t a proper 4X4 off-roader.

Unlike its diesel rivals which come with an AMT, Kia has gone the whole hog and equipped the Sonet diesel with a proper 6-speed torque converter. Not only does it promise a smoother driving experience, the torque converter is much more responsive and refined than the AMT.

Clearly it shows that Kia have given their best shot to ensure that the Sonet ticks all the right boxes. For more details on the Sonet’s specifications and features, head here. Prices for the Sonet are likely to start from Rs 7 lakh (ex-showroom), putting it against the Hyundai Venue, Tata Nexon, Ford EcoSport, Mahindra XUV300 and the Maruti Suzuki Vitara Brezza.