Engines and features will be carried forward from the Aspire. Expect the hatchback to be aggressively priced 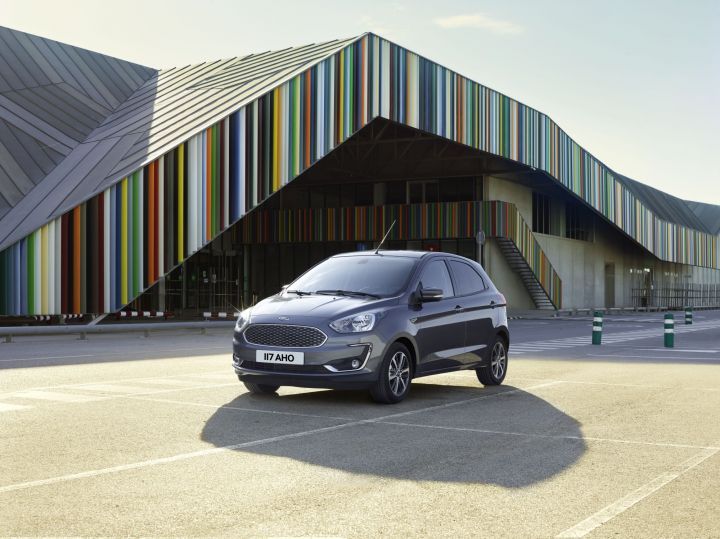 Ford launched the 2018 Aspire today at an introductory price of Rs 5.55 lakh (ex-showroom India). At the launch, Ford was also kind enough to inform us that we should keep our eyes and ears peeled for the first quarter of 2019 as the Figo facelift is set to arrive by March 2019.

The Figo was launched after the Aspire in 2015 and Ford intends to follow the same pattern for the facelift as well. We can expect the changes to be similar between the two cars. The Figo is likely to get the same cellular grille as the Aspire along with upsized wheels and an updated front fascia.

The cabin will remain more or less the same. The seat upholstery, though, might get an update. In terms of features, Ford’s SYNC 3 infotainment system will find its way to the Figo’s cabin. The possibility of rain-sensing wipers along with automatic headlamps cannot be ruled out either. ABS with EBD, front dual airbags and ISOFIX child seat mounts will also be part of the standard equipment. Unfortunately, projector headlamps will likely be skipped as the Aspire didn’t get the feature either.

As far as powertrains are concerned, expect the new Figo get the same set of engines as the Aspire, which means the 1.2-litre and 1.5-litre 3-cylinder Dragon series petrol engines along with the current 1.5-litre diesel engine. The 1.2-litre engine is good for 96PS and 120Nm whereas the 1.5-litre petrol unit makes 123PS of max power and 150Nm of peak torque. The diesel motor produces 100PS and 215Nm. The 1.2-litre petrol and 1.5-litre diesel will be paired with a 5-speed manual gearbox, while the 1.5 petrol will only be available with a 6-speed torque converter.

Going by the pricing of the Aspire, we expect Ford to price the car quite aggressively. However, whether they will undercut the current pricing of the Figo, which starts at Rs 5.61 lakh (ex-showroom India), remains to be seen. The updated features list should enable the Figo to hold its own against stiff competition like Maruti Suzuki Swift, Ignis and the Hyundai Grand i10