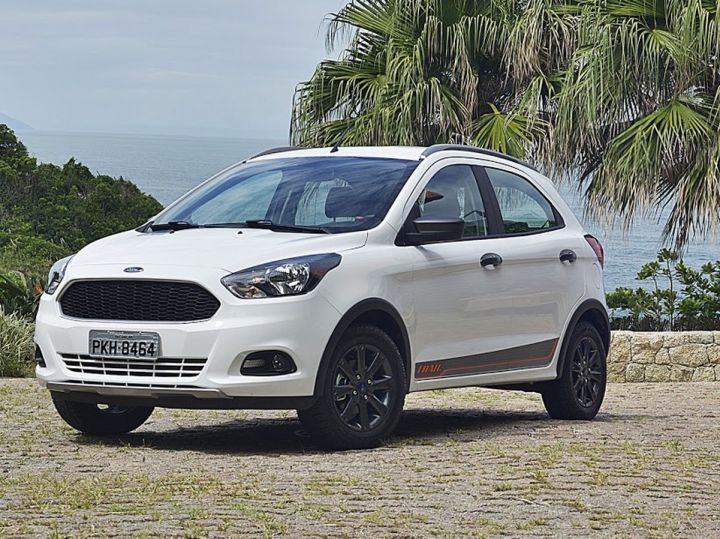 The Ford Figo Cross has been spotted testing in the country for some time now. The American carmaker is set to unveil the cross hatch on January 31. The date is a week before the Auto Expo 2018 and could very well be Ford’s way to make up for being absent from the 14th edition of India’s largest automotive event. The Figo Cross is expected to be similar to the Ka Trail sold in Brazil.

Although Ford is calling the cross hatch a ‘Compact Utility Vehicle’, the Figo Cross is nothing but a regular Figo on steroids. To give it the appearance of a tough crossover, the hatchback will be equipped with body cladding around the wheel arches along with faux skid plates on the front and rear bumpers. The biggest change to the exterior is the increased ground clearance (expected to be 15-20mm higher than the stock Figo) and new alloy wheels.

On the inside, the Ford Figo Cross will get revised interiors. The good news is that the cluttered centre console will make way for a floating touchscreen infotainment unit like the one seen on the EcoSport facelift. It is also expected to feature new upholstery options, possibly leather.

With the increased ground clearance, expect the suspensions setup to be revised as well. To top things off, the older 1.2-litre, four-cylinder petrol engine will be replaced with a brand new 1.2-litre, 3-cylinder, Dragon series petrol motor capable of producing 90PS of peak power. The diesel variants will continue to be powered by the 1.5-litre, 4-cylinder TDCi engine which has a max power output of 100PS. Both engines will be mated to a 5-speed manual gearbox as standard. However, Ford could introduce a 6-speed automatic transmission as well. But truth be told, the chances of the carmaker doing so are quite slim.

Expected to be priced around the Rs 6 lakh mark, the Figo Cross will rival the likes of the Hyundai i20 Active, Toyota Etios Cross and the Honda WR-V.