Can the Ford Figo diesel with a retuned suspension take on the lighter and more powerful Suzuki Baleno RS petrol? 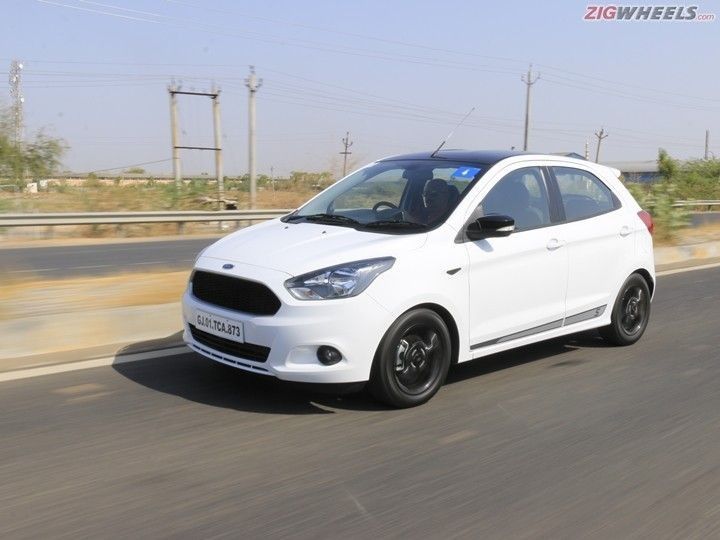 The American carmaker Ford has a history of making some great-handling and involving cars to drive, be it the older Figo, the Fiesta S or the Ikon. Though the new-generation Figo got the much-needed power bump and a powerful petrol motor, the handling and the steering feedback did leave us desiring for more. Ford has tried to bring back its mojo with the Sports variant of the Figo. Ford claims to have stiffened the suspension and tuned it to provide a sportier ride. The steering is still an electrically assisted unit, compared to the hydraulic setup of the first-generation Figo. For now, let’s compare it to the newest kid in town - the Baleno RS.

The Sports is based on the Figo's Titanium variant and is available with the 1.2-litre petrol and 1.5-litre diesel engines. Strangely, the 1.5-litre petrol motor missed out on the Sports treatment. This forced us to compare the Figo diesel with the petrol-powered Baleno RS, as their power/torque figures are comparable. Which one makes more sense if you are on the lookout for an inexpensive sporty hatch?

In terms of dimensions, the Baleno RS is the longer (3995mm) and wider (1745mm) one of the two. Further, the RS also has a longer wheelbase (2520mm) along with the larger boot space (of 339litres). The Figo Sports has 174mm of ground clearance compared to 170mm of the Baleno. The Baleno comes across as the more practical option out of the two. But given that this is the hot hatch category, most of the buyers are ready for a bit of compromise, provided the car is fast and handles well.

The Baleno RS gets a 3-cylinder BoosterJet engine that produces 102PS and 150Nm of peak torque. On the other hand, the 1.5 TDCi diesel motor on the Figo Sports puts out 100PS and 215Nm of peak torque. Both Baleno and Figo Sports get a 5-speed manual transmission. Being a diesel motor, the Figo Sports still gets a healthy fuel efficiency figure of 24.29kmpl, while the Baleno RS’ stands at 21.1kmpl. The Baleno being lighter and more powerful, has the better power-to-weight ratio among the two.

Featurewise, the Figo Sports misses out on the touchscreen infotainment unit with navigation, while the Baleno gets a 7-inch unit with Apple CarPlay and Android Auto. However, the former gets larger 15-inch wheels with 195-section tyres now. The Baleno RS, on the other hand, gets 195/55/R16 tyres. Further, it also gets disc brakes all around, while the Figo Sports makes do with disc brakes at the front and drums brakes at the rear.

At nearly Rs 1.5 lakh cheaper than the Baleno RS, the Ford Figo Sports diesel on paper looks like a sensible buy for someone looking at an affordable hot hatch which can also be your daily commuter. If you want a nimble city car with a petrol motor, that can excite you each time you take it out for a spin, the Baleno RS also makes a good case for itself.