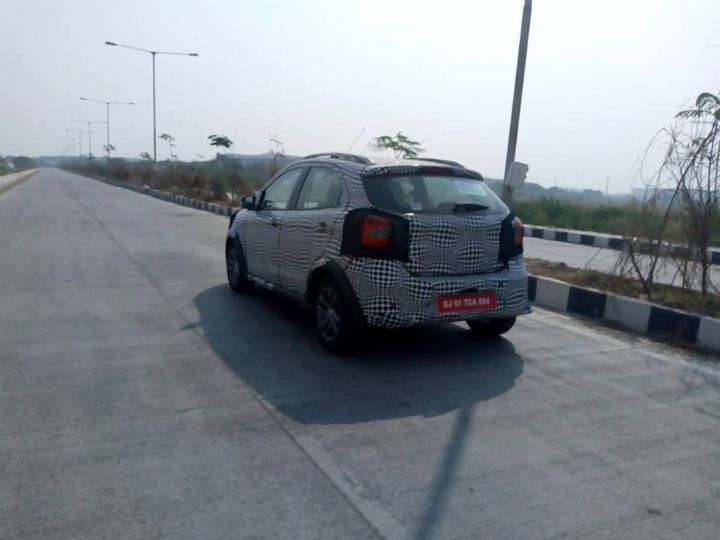 Have you been eyeing to buy the Ford Figo? Well, hold on because the American carmaker is readying a refreshed version of it. A couple of test mules were recently spotted testing in India and what we can gather from the pics is that it isn’t just the Figo facelift that’s heading to Ford showrooms-- there’s also the Figo Cross. Before we get on to what is expected of the duo, let’s make it perfectly clear that Ford in all probability won’t be setting up a stall in the upcoming 2018 Auto Expo. Hence, chances of us witnessing the upcoming Ford cars in the flesh and without any camouflage at the biggest auto show in India are next to none.

The refreshed Figo is expected to be a welcome change for the struggling marque in India. Although it is one of the best all-round packages in its segment, the second-gen Figo never met the anticipated sales figures for the company. With the facelift, the company expects to fill in the gaps for its most affordable offering in the country. On the outside, the most evident set of cosmetic changes are expected at the front and rear of the hatch. The face is likely to be updated to put it in sync with Ford’s global styling language. It might just get a bigger set of alloy wheels too.

The cabin is also expected to be upgraded on similar lines as the recently launched EcoSport. So, a new instrument cluster, new steering wheel and the inclusion of a touchscreen infotainment with Apple CarPlay and Android Auto are all on the cards.

This is what Ford has prepared to give the Toyota Etios Cross, Hyundai i20 Active and the Fiat Avventura a fight. Being a slightly smaller package than its competitors, the Figo Cross might just undercut them all in terms of price. As far as looks go, it is pretty evident the the Figo is draped in plastic cladding on the side, which is expected to blend seamlessly towards the camouflaged front and rear bumpers as well. Inside the cabin, it is expected to remain identical to the refreshed Figo.

As far as engines go, the Figo is likely to take a leaf out of the refreshed EcoSport’s book and drop the 1.5-litre Ti-VCT petrol engine. Instead, the 1.5-litre, 3-cylinder Dragon petrol mill is expected to feature with an automatic transmission. The 1.2-litre Ti-VCT is likely to be dropped as well. Instead, a smaller 1.2-litre petrol mill from the Dragon series of engines is expected to feature in the manual variants. On the diesel front, things are likely to remain unaltered.

Ford is desperate to make a mark in the pocket-friendly section of the car segments. Soon after the revamped Figo goes on sale, expect Ford to waste no time to give the Figo Aspire a similar overhaul.