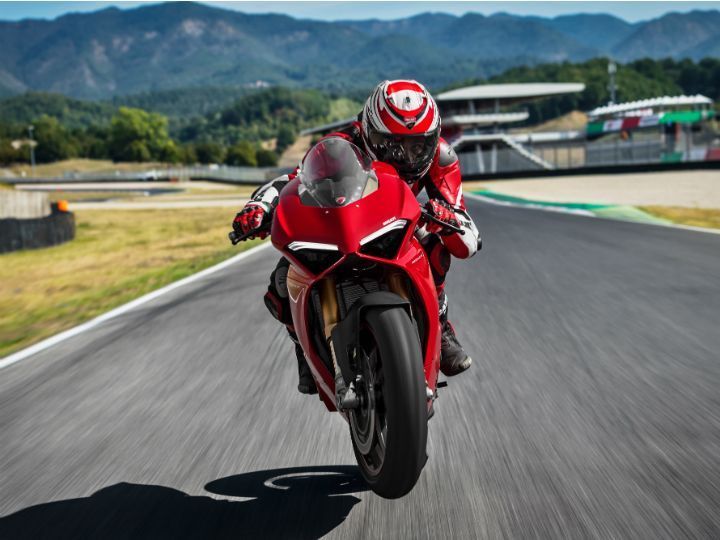 Here's some good news for all the motorheads out there. The Ducati Panigale V4 has hit the production line at the company's factory in Borgo Panigale, Bologna, Italy. The occasion was celebrated with a small ceremony in the presence of Claudio Domenicali, CEO, Ducati and Silvano Fini, Plant Director.

The company's flagship has ditched their traditional L-Twin setup for a V4 one. This comes as a huge shift for the company, as Ducatis are known for their thundering L-Twin engines. A shining example of this comes in the form of the Ducati 1299 Panigale Superleggera, which produces 215PS of power. However, with the L-Twin architecture reaching its brink, the company wanted something more powerful and efficient. This came in the form of the Desmosedici Stradale unit that has flagged off a new era for the company.

This new powerplant is derived from the company's Desmosedici MotoGP bike. It also marks the company’s first four-cylinder engine. The 1103cc unit churns out a mammoth 217PS of power and 120Nm of torque on the standard variant! If you think that’s too much, the same engine produces 229PS of power on the higher-spec Panigale V4 Speciale. So hold onto your hats if one of these beauties passes by.

In terms of suspension, the standard V4 employs 43mm Showa Big Piston forks at the front and a fully adjustable Sachs monoshock unit at the rear. The V4S and V4 Speciale, on the other hand, come with a fully adjustable Ohlins NIX-30 USD forks at the front and a TTX36 monoshock at the rear. In order to make it safer for streets, cornering ABS and  Ducati Slide Control come as standard.

Despite the updated engine, the Panigale V4 tips the scale at just 174kg (dry), which is only 8kg more than the 1299 Panigale Superleggera. The V4 Speciale, on the other hand, is, even more, lighter, thanks to the Akrapovic titanium exhaust system and carbon fibre parts. It also utilises a lighter lithium-ion battery, and a cast magnesium subframe, rather than an aluminium subframe which is seen on the standard bike.

The deliveries of the motorcycle are scheduled to start by January. The standard variant has been priced at £19,250 (Rs 16.51 lakh). It still remains to be seen if and when Ducati will bring this beauty to our shores.