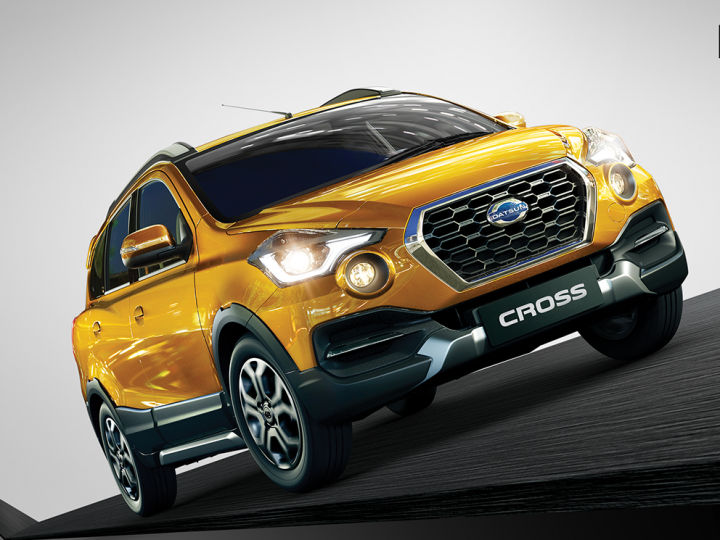 It’s been a long time since Datsun started teasing the Go-cross to us in its concept avatar. Now though, the production form is out. The MPV has been launched in Indonesia and could be launched here close to the 2018 Auto Expo. If not, we can expect the Cross to arrive by Diwali. Based on the Datsun Go+, the Cross gets revised looks and interiors. The biggest update is that it is also available with a CVT automatic transmission. The launch price in Indonesia is close to Rs 7.25 lakh, but here in the country we expect it to be priced close to Rs 6 lakh.

In terms of changes on the outside, the face is almost identical to the concept. The front bumper is all new, with a big integrated front grille and muscular fog lamp housings. The headlamps are new, with underlining DRLs and projector lenses. Even the lower part of the assembly has quite a lot of drama, with a lot of shapes and lines. There is black cladding running all around the car and it finally gets 15-inch alloy wheels designed to add to the muscular look. Overall, the design looks similar to the concept and comes together rather well.

At the back, there is a boot-mounted spoiler, which looks straight out of a hot hatch, and silver faux skid plates. The ground clearance is also up by 30mm and is now rated at 200mm, which further adds to the cross look. The roof rails too are functional have a max load capacity of 30kg.

Inside too, things have been revised a bit. Gone is the beige, replaced by an all-black interior. New on the dashboard is a 6.75-inch touchscreen infotainment system and repositioned AC vents and controls. An analogue tachometer has been added to the instrument cluster and the steering is also covered in black with silver accents. Also, like the Go+, the Cross will have seats for 7 occupants.

The engine is still the same 1.2-litre petrol unit which makes 68PS of max power and 104Nm of peak torque. Gearbox options include a 5-speed AMT and a CVT. In India too, the same are expected to be offered.

The Datsun Cross will rival other cross-hatchbacks like the Hyundai i20 Active, Toyota Etios Cross, Honda WR-V and the Fiat Avventura, though all of them will be more expensive than the Cross.