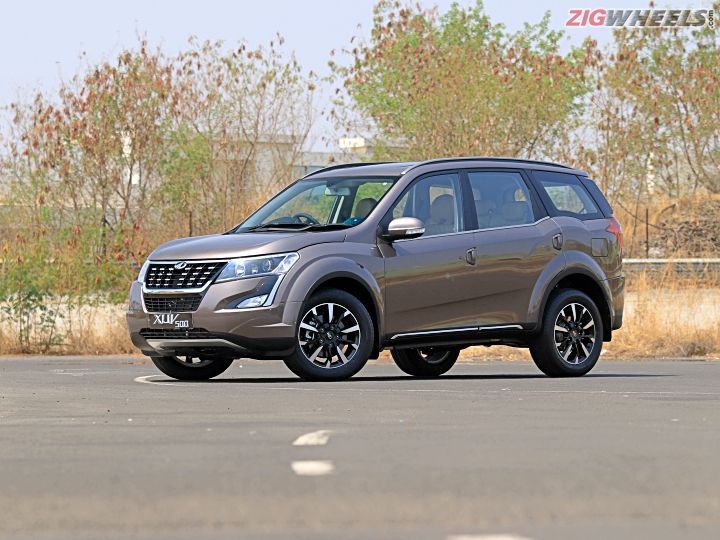 Mahindra’s midsize SUV, the XUV500, has aged gracefully in India. Despite it being more than eight years old, it still sells in good numbers. But there’s no getting around the fact that the XUV500 does feel old in the face of new competition like the MG Hector and Tata Harrier. Mahindra will soon be addressing that by launching the second-generation XUV500. Spied testing in India wearing heavy camouflage for the first time, here’s all you need to know.

The front end is now more upright and houses the classic 7-slat grille seen in all Mahindras. In profile, you’ll notice a mild crease runs along the profile and kinks above the rear wheel arch, a design element found in the current-gen model. At the rear, the next-gen XUV500 comes with a redesigned tailgate which doesn’t look as upright as before. Expect the upcoming model to continue to be a 7-seater as that’s the success formula for the current model.

Inside, the new XUV500 could borrow some interior styling elements from its equivalent SsangYong model, the Korando. We also expect Mahindra to load it with features like dual-zone climate control, powered tailgate, panoramic sunroof, a fully digital instrument console, ventilated seats and memory function for the driver's seat. Other features like a touchscreen infotainment system with Android Auto and Apple CarPlay, cruise control, automatic headlamps, rain-sensing wipers, keyless entry and push-button start are expected to be present as well.

Under the hood, the next-gen model is expected to come with BS6-compliant engines. The manufacturer is developing new 2.0-litre petrol and diesel engines. Expect both the units to make similar or more power than the 2.2-litre units found in the current model. For reference, the diesel unit in the current-gen XUV500 produces 155PS and 360Nm while the recently discontinued petrol model developed 140PS and 320Nm. Expect Mahindra to offer the upcoming model with both 6-speed manual and automatic transmission options while an all-wheel drive variant could be present as well.

The next-gen XUV500 is expected to make its official debut at the upcoming Auto Expo and launch by mid-2020. Considering the handful of updates, expect it to be priced more than the current model which is priced from Rs 12.31 lakh to Rs 18.52 lakh (ex-showroom Delhi). When launched, the 2020 XUV500 will rekindle its rivalry with the MG Hector, Tata Harrier, Kia Seltos and the upcoming Hyundai Creta.