BREAKING: Mahindra Mojo BS6 To Cost As Much As The Bajaj Dominar 400 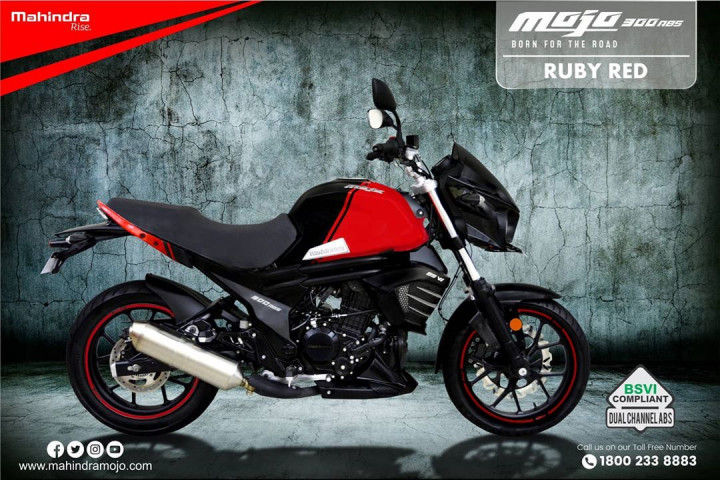 After announcing the return of the bike on its social media pages, the prices and specs of the Mahindra Mojo 300 BS6 has been leaked online. Needless to say that the Mojo has become pricier, lost out on steam and has once again become heavier. Here’s the pan-India ex-showroom pricing of the Mojo 300 BS6:

These new prices are Rs 11,100 more than the BS4 model. That’s a lot of extra moolah that Mahindra is asking for a bike that has not got many new features to sweeten the pot. The Bajaj Dominar 400, which is a similar power cruiser like the Mojo, costs roughly the same and offers better features, kit and performance.

Mahindra has made some modifications to the subframe as the saddle height has gone up to 830mm, 15mm taller than the older model. This could prove to be a bit daunting for shorter riders as the taller seat and wide body dimensions could make it a handful while navigating the bike around in tight spaces. Thankfully, the 165mm ground clearance has not been reduced.

The Mojo 300 BS6 runs on the same kit as its BS4 model. There’s a chunky conventional telescopic fork and gas-charged monoshock handling suspension duties. It uses petal rotors at both ends with a radial caliper upfront. Mahindra seems to have skimped on the rubber front as it no longer offers the radial Pirelli Angel CT tyres on the Mojo 300. It gets the same 110/70-17 front and 140/70-17 rear tyres but these are bias-ply units, likely to be sourced from MRF.

Expect Mahindra to make an official announcement soon with bookings and deliveries for the Mojo 300 BS6 to commence shortly.