BMW M3: Where It All Started And How It Evolved Over The Years 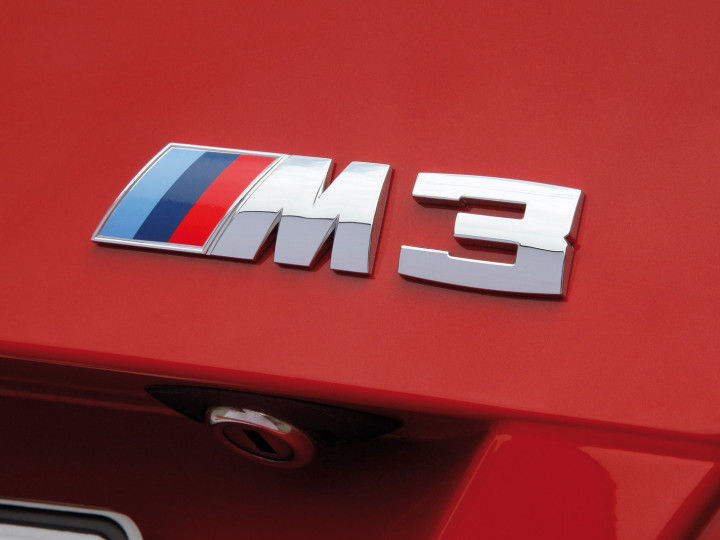 Although classified as a sports car, the M3 is actually more of a sports coupe. Why? The M3, even to this day, is the basic 3 series sedan/coupe turned up to 11 with performance modifications to all departments. Since its inception, the M3 has had a cult following, something that its German competitors lack. Actually, to think about it, there’s nothing in the segment with such an illustrious history, following and evolution as the M3. So we decided to hitch a ride back to the past to see where it all started and how it advanced over the last 34 years.

We have to thank the FIA Group A regulations back then, as that is what pushed BMW to build 5000 road-going examples to be sold for homologation. The E30 3 Series sedan itself is a collectible car today and you can imagine how much of a classic the E30 M3 is. At first glance you’d be disappointed though. BMW didn't offer an inline-six engine for the E30 M3. Instead they dropped in the S14 four-cylinder engine, a high-revving DOHC unit that put out around 240PS in its final iterations (Sport Evolution/ EVO 3).

But changes were not limited to the powertrain; the coupe came with wider fenders with increased track, and a whole lot of subtle changes to the body to improve aerodynamic efficiency. All of the above with uprated brakes, chassis and a Getrag 265 5-speed dog-leg manual made sure that the E30 was one of the best handling sports cars of its time. Although subjective, we also think it is the best looking M3, especially the lovely Evolution models.

Some say the E36 M3 is the most underrated generation of M3. It had to fill some really big shoes. But the E36 was more luxurious and heavier, although it got more power from a 3.0-litre inline six engine that put out around 286PS in standard form while the bored out 3.2-litre versions produced in excess of 300PS. The E36 M3 is also the first generation to feature a 4-door M3. But things got pretty serious with the later versions, especially the ultra-rare M3 GT and the M3 Lightweight.

If you ask us today, the E36 has aged pretty well and is now turning out to be a collectible. That said, the original M3’s essence of superior road dynamics with a sublime chassis balance was also carried on to the E36. But then, what made the E36 less popular was the car that replaced it.

This is arguable, but in the back of our minds we all know that the E46 M3 is the best M3 ever made. Even more so than the E30 M3 which started it all. The E46 is a timeless design. There’s nothing like it out there. Look at those perfectly proportioned kidney grilles, a rarity today. The E46’s chassis and dynamics were ahead of its time. What complemented it further was the brilliant S54 engine, easily one of the best engines ever made. This 3.2-litre inline-six developed a maximum 340PS and 365Nm of twist mated to a 6-speed manual and a SMG II 6-speed automatic gearbox. 100kmph from standstill came up in 5 seconds while the top-speed was limited to 250kmph.

Although the standard E46 was perfect, we can’t help but mention the uber-cool M3 CSL that was limited to 1,383 cars. If you think the CSL was it, you are in for a surprise. Towards the end of the E46’s life cycle, BMW went bonkers and debuted the M3 GTR with a 4.0-litre V8 engine good for 443PS and a top speed of 295kmph. The GTR is such a unicorn that chances are you won’t even find recent pics of the only three road-going versions in existence.

To clear the air, the E90 is the 4-door saloon, E92 is the coupe and E93 is the convertible version of the M3. The E90 M3 upped the game in all aspects as it was, for one, a huge leap in terms of design. It also deployed a sweet-sounding naturally aspirated S65 V8 engine. The 4.0-litre unit produced 414PS and 400Nm married to a 6-speed manual or a 7-speed Getrag M-DCT automatic. Right from the start, everyone praised the E90 M3, so much so that it was also called the perfect sports car on the market. Now with a large-capacity V8 up its sleeves, the humble M3 also posed a threat to entry-level supercars. Sharp handling and the high-revving motor made sure the E90 series was also the favourite among track goers.

All the body styles were successful although the coupe is obviously our pick. Later, BMW also gave us the track-ready M3 GTS and the M3 CRT editions which used an enlarged 4.4-litre V8 pushing out 444PS. But little did everyone know that this was the last true M3, definitely the last M3 to use a high strung naturally aspirated motor.

With the F80 generation, BMW split the M3 series and is now calling the coupe as M4. We don’t have any beef with that. But we are definitely not impressed with the S55 turbocharged inline-six engine. First and foremost, the screaming V8 is long gone. BMW has replaced it with a soulless, mediocre sounding 3.0-litre unit that put out 425PS and 550Nm. Power was sent to the real wheels with the help of a 6-speed manual and a 7-speed DCT.

Don’t get us wrong here. The F80 M3/M4 is a nice sports car but it was in the later CS models that BMW got the formula right. Even though there was the hardcore M3 GTS, the F80 generation failed to rekindle the same emotion as its long lineage. The later M2 turned out to be a true successor to the rich M3 lineup and attracted more appreciation. Despite all this, the F80 never went out of line, and was a really capable sportscar. It’s just that it took some time to get the hang of things. The thing is, if you look at the F80 M3/M4 as a standalone model with no relation to all the other M3s, it is actually a brilliant sportscar and definitely one of the best when it came out.

With the F80 series long gone, the wait is on for the G30-based M3 and M4. But, and this is a big but, we seriously hope BMW doesn't ruin it with those hideous and outright stupid looking massive kidney grilles.