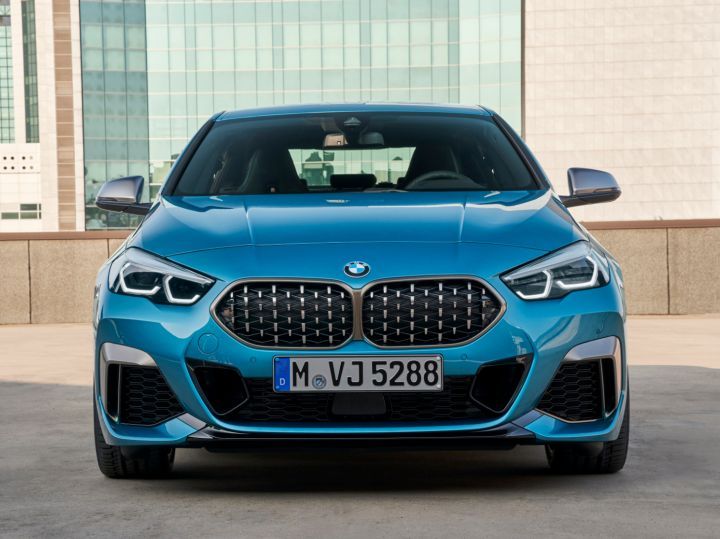 BMW India has announced that pre-launch bookings for the 2 Series Gran Coupe are now open ahead of its October 15 launch. Early bird customers, who book the car before 12pm on October 15, can reserve one for just Rs 50,000. These customers will also benefit from a  complimentary Taj Experiences Gift Card worth Rs 50,000 which can be used across all Taj Hotels in India.

The 2 Series will be offered in two variants: Sportline and M Sport. It’ll come in a host of colours, with select options limited to the spicier-looking M Sport variants.

The 2 Series will be BMW’s entry-level sedan in the country. It’s based on the new-gen 1 Series hatchback and utilises the same front-wheel-drive layout, which could be a bummer for Bimmer purists.

The 2 Series should be offered with two engine options: a 1.5-litre petrol dubbed the 218i and a 2.0-litre diesel dubbed the 220d. The spicier M235i variant, with the 306PS 2.0-litre turbo-petrol engine, should come at a later date. It is the only variant that drives all four wheels and is your only option if you want to do donuts. Here are the specs:

The 2 Series with its sleek coupe-like profile looks taut while the rear-end with its split-LED tail lamps mimics its elder sibling, the 8 Series Gran Coupe. Even the basic interior design looks similar to the bigger 3 Series and that’s no bad thing. It’s also a driver-focused design with the central console tilted towards the driver.

But with the 2 Series now spinning its front wheels, will it have the same driving prowess as its bigger siblings? We’ll answer that in our first drive review. The BMW 2 Series currently doesn’t have any rivals. It will lock horns with the upcoming Mercedes-Benz A Class Limousine and Audi A3.