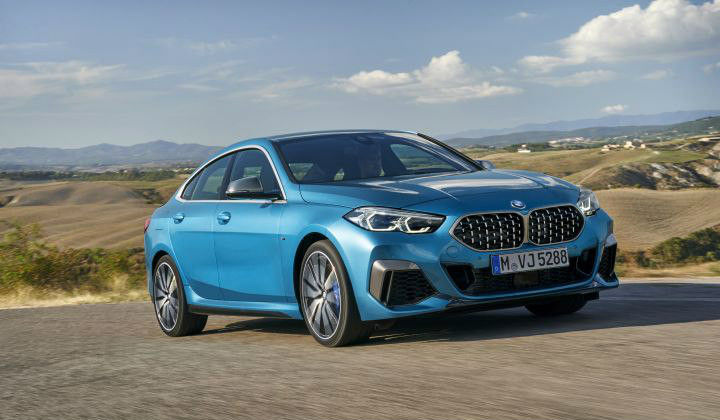 Almost a year after the BMW 2 Series Gran Coupe made its debut globally, the carmaker has finally brought the locally assembled sedan to India with introductory prices starting from Rs 39.30 lakh (ex-showroom). While it is BMW India’s new entry level sedan, as it sits below the 3 Series, it is not an entry level BMW as there's the X1 that starts at Rs 35.90 lakh (ex-showroom). Based on the 1 Series hatchback, it is offered in two variants: Sportline and M Sport, comes with a diesel engine and more bits to drool over.

Since the 2 Series Gran Coupe is based on the 1 Series hatchback, it's no surprise that it looks largely similar especially with the trademark kidney grilles and LED headlamps. That said, the 2 Series Gran Coupe does get a spicier front bumper. Other notable design bits include 17-inch alloy wheels, a sloping roofline, dual exhausts and LED taillights. Opt for the M Sport variant and you get bigger 18-inch wheels, as well as blacked out inserts on the kidney grille,  front apron, rear apron and side sills as well as M badging.

Under the hood, the BMW 2 Series is only offered with the 220d diesel variant that is a 2.0-litre four cylinder diesel engine. It pushes 190PS of power and 400Nm of torque and is paired with an 8-speed automatic transmission with power being sent to the front wheels. All this leads to a 0-100kmph sprint in 7.5 seconds and a top speed of 235kmph. It is unclear which variant but it comes in the 218i and 228i variants elsewhere. There are no plans for the spicier M235i variant at the moment.

While the BMW 2 Series Gran Coupe doesn’t have any rivals in India at the moment, it will go up against the upcoming Mercedes-Benz A Class Limousine and Audi A3. The carmaker will also be hiking prices for the rest of its lineup by 3% from 1 November 2020.