This will be the third iteration of the entry-level Avenger 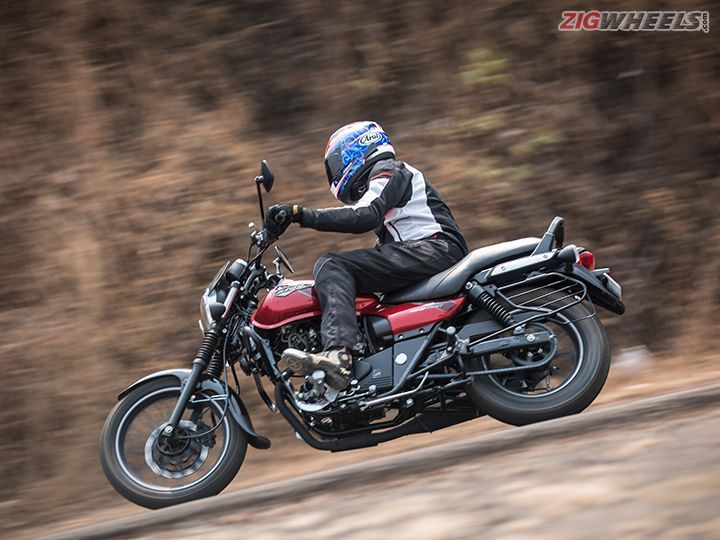 Bajaj Auto will be phasing out the Avenger Street 180 and introducing the Avenger 160 in its place, sources aware of the development have revealed. This move will allow Bajaj to use the Pulsar NS160’s 4-valve engine in the cruiser. A 4-valve configuration runs cleaner than the 2-valve counterpart and will thus help in complying with the BSVI emission norms that are set to be enforced from 2020 onwards.

The Pulsar NS160’s 160.3cc single-cylinder air-cooled engine with oil cooler makes 15.5PS at 8500rpm and 14.6Nm at 6500rpm. Interestingly, this motor makes the same amount of power as the Avenger Street 180’s air-cooled powerplant while the torque figure is in fact almost 1Nm more in the 160cc engine. All in all, it doesn’t really feel like a downgrade (at least on paper) despite the reduction in displacement. In line with both the Pulsar and Avenger (air-cooled) lineup, the Avenger 160 too will employ a 5-speed transmission. On the design front, expect new graphics and colours to distinguish from the outgoing cruiser.

Since it’ll be a new model, Bajaj will have to equip the motorcycle with ABS. Expect the bike to pack a single-channel unit as seen on the Avenger 220 range. To give you a perspective on pricing, the Bajaj Pulsar 220F single-channel ABS comes with a premium of Rs 7600 over the non-ABS variant. On the other hand, the price difference between the Pulsar NS160 and the Avenger Street 180 seems to be just around Rs 2000, with the latter being more expensive. Moreover, the Pulsar NS160’s underpinnings are technically superior to the Avenger’s so the premium balances out on that front. Taking all these factors into account, we believe the pricing will remain more or less around the same ballpark figure of the Avenger 180’s pricing, which is Rs 87,827 (ex-showroom Delhi).

Bajaj has been playing around with different engine capacities for entry-level Avenger models. First, the brand launched the Avenger 150 back in 2015. Then in 2018, the Pune-based bikemaker launched the bigger capacity Avenger 180, and a little over a year later the brand seems to be working on the Avenger 160 now. Though the engine is smaller this time around, it is actually scalable for more stringent emission norms, and this will help the brand future-proof its model lineup without compromising on performance figures.

Just like the Avenger Street 180, the upcoming Avenger 160 will be a Street model, complete with alloy wheels, ‘Street Control’ handlebar and a little flyscreen up front. Our sources indicate that the cruiser will be launched in the first week of April this year. When launched, it would lock horns with the Suzuki Intruder 150 (Rs 1 lakh, ex-showroom, Delhi).