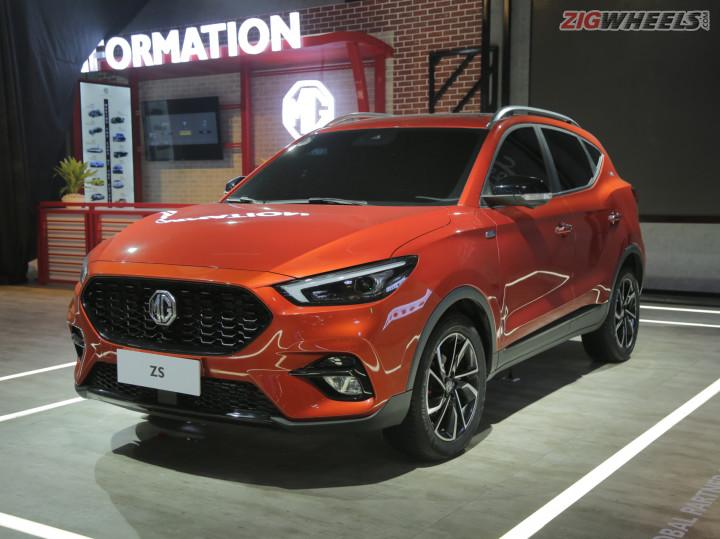 MG Motor India revealed the ZS petrol, the ZS EV’s ICE sibling, at Auto Expo 2020. It is expected to launch in early 2021 and could come with two engine options. It’ll also come with a cosmetic update and looks a bit different when compared to its EV counterpart. Here’s a quick round up of what to expect from the upcoming model:

The ZS petrol could be offered with two engine options: a 1.5-litre naturally aspirated (NA) unit and a 1.3-litre turbo-petrol motor. The NA motor develops 120PS and 150Nm while the turbo-petrol unit puts out 163PS and 230Nm. Transmission options include a 5-speed manual, CVT and a 6-speed automatic.

It must be mentioned that power figures of the ZS’ NA petrol unit is on par with the Kia Seltos, its closest rival, while the MG’s turbo-petrol engine is more powerful than the Kia.

The ZS petrol’s silhouette is almost the same as its electric sibling. However, it comes with a handful of design updates that freshens up its design. Highlights include sharper headlamps, new 17-inch alloy wheels, redesigned bumpers as well sharper tail lamps. To our eyes, the ZS petrol looks far more appealing the ZS EV.

We couldn't have a look at the ZS’ interior as it was blacked out. However, we expect it to be similar to the ZS EV, which is no bad thing. The ZS EV has a neatly laid out cabin with a minimalistic design. Quality of the cabin and materials is generally good and we couldn’t fault its fit and finish levels as well.

The ZS petrol is expected to launch in the country in 2021. Its rivals include the Kia Seltos, 2020 Hyundai Creta and the upcoming Skoda Vision IN, Volkswagen Taigun. We expect the MG ZS to be priced from Rs 11 lakh as it sits in the hotly contested midsize SUV segment.