This Aston Martin Vantage AMR Is The One For Purists 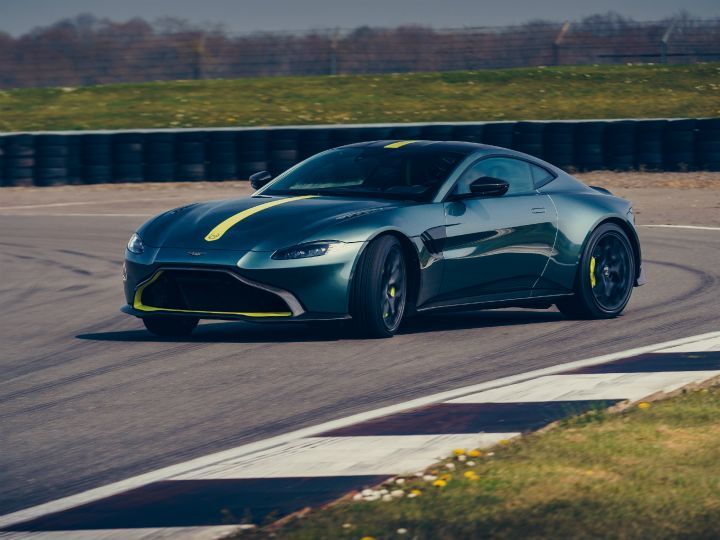 The current Aston Martin Vantage ticks a lot of boxes - it’s utterly gorgeous, has a sonorous motor with the right number of cylinders for a supercar, sends power in the right direction and turns like a proper supercar. However, for purists and driving geeks, the ZF-sourced 8-speed automatic, despite being capable, didn't quite cut it. The sportier AMR variant of the Vantage, developed by Aston Martin Racing, has the remedy for it in the form of a 7-speed manual gearbox. This doesn’t come as a surprise given how Aston Martin has been one of the few manufacturers to plonk a manual gearbox in supercars before as well. The last car from the British stable to get a manual gearbox was the V600, which is one of the rarest cars on the planet, limited to just 14 units.

The Vantage AMR, in true Aston Martin fashion, uses a legendary dogleg 7-speed manual gearbox. Dogleg gearboxes were earlier used in motorsports and performance vehicles, and have a traditional H-shaped layout for second through seventh gears, whereas the first gear is to the down and left, below the reverse gear.

Some legendary cars to have used dogleg gearboxes include the Ferrari F40, BMW M3 (E30), Lancia Stratos, Lamborghini Countach and the likes. There is also an AMSHIFT system which blips the throttle on downshifts, for that Walter Röhrl-like heel-toe trickery. The system also allows you to upshift on full throttle and can also be turned on or off. Also new is a limited slip differential to keep all this action in check.

Power comes from the same AMG-sourced 4.0-liter twin-turbo V8 developing 503PS and 625Nm of torque. Ditching the ZF automatic for the 7-speed Graziano dogleg manual, and steel discs for carbon ceramics has helped it shed 95kg, says Aston Martin. Despite being lighter, the car is slower than the standard Vantage in 0-100kmph runs (3.9 seconds), which is clearly a case of man not being able to keep up with machine and a testament to the fact that automatics are usually faster than manuals. Top speed for the Vantage AMR though, is similar to the Vantage, at 313kmph.

Aston Martin will only build 200 units of the Vantage AMR in shades of Sabiro Blue, Onyx Black, China Grey, or White Stone. The final 59 units will flaunt a special sterling green paint with lime accents to pay homage to Aston Martin’s 1959 victory at the 24 Hours of Le Mans.

The British brand has more good news in store. The 7-speed dogleg manual gearbox will be offered as an option in the standard Vantage as well from next year. This also makes Aston Martin the only manufacturer to promise a manual gearbox in its lineup for the future. The Vantage AMR is currently on sale in the US with prices starting at $184,995 (Rs 1.2 crore). The last 59 units will obviously be even more expensive at $209,995 (Rs 1.45 crore) with deliveries set to begin later this year.

The standard Vantage is available in India for Rs 2.95 crore (ex-showroom India). Expect the Vantage AMR to be priced at a premium if the British marque decides to bring it to India. Purists will definitely be pleased to see three pedals in the pedalbox, what about you?