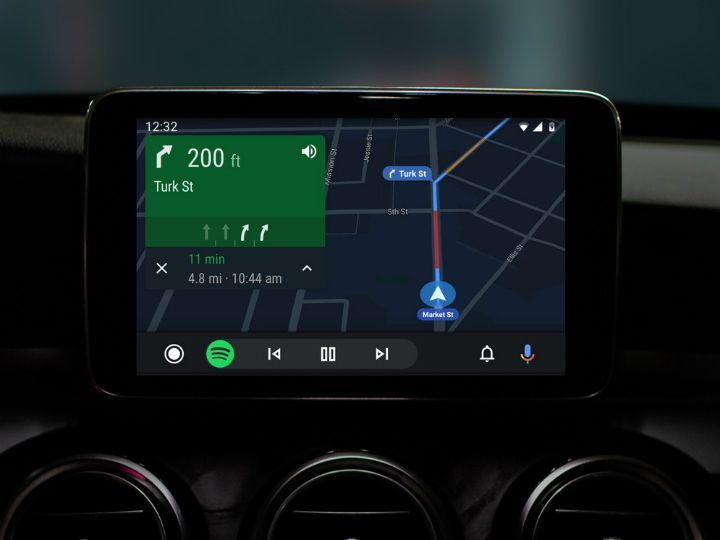 Android Auto, as most of you know, is a mobile app developed by Google which mirrors features and interface from an Android device connected to the head unit/infotainment system of a car. Google has now updated the connectivity suite with new features and a revised interface. This is the first time Google has updated the connectivity suite since it was first introduced in 2015. Let’s see what’s new:

Google unveiled the updated version of Android Auto at its annual developer conference held in California, US today. The most important change is to the UI which now gets a dark theme, revised fonts and new colours, rendering it easy for drivers and occupants to see. Notifications also get minor updates, enabling the driver to view, listen to or respond to various highlights. The whole user interface has been updated to make it smooth and easy. The system will switch on along with the car and start playing your favourite media or open the navigation app of your choice. Apart from that, “Hey Google” can be also used to navigate or toggle any functions.

The navigation bar is also new, it now gets one-touch access to Google Assistant. The home button is now placed to the left and the whole notification bar is now clean and free of clutter. It also gives more priority to important notifications like navigation heads up and ongoing calls. The UI has also been updated to fit various screen sizes, thereby broadening its appeal. The app launcher is now faster than before and one can also answer calls while using the navigation system.

Android Auto is very popular today, with more manufacturers offering the same. The connectivity suite is even available in cars starting from the entry-level Renault Kwid to high-end luxury cars. Google, meanwhile, has also developed a new operating system called Android Automotive OS which runs on Linux. Volvo’s upcoming Polestar 2 will use the new OS for its infotainment system. These updates will ensure that Android Auto stays relevant and offers an alternative experience to its counterpart from Cupertino.