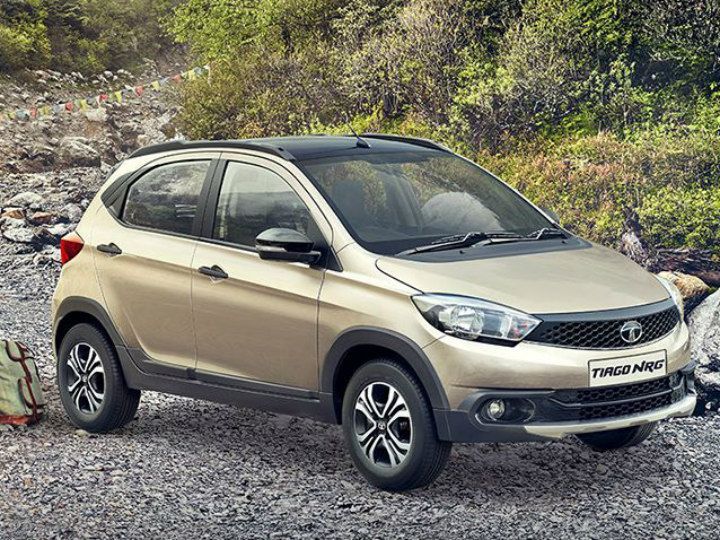 The Tata Tiago NRG is a crossover version of the Tiago hatchback and was launched in September 2018. While the cross hatchback came in as a more rugged version of the capable Tiago, it did not have an automatic option till now. However, Tata has now added the AMT variant to the Tiago NRG lineup, priced at Rs 6.15 lakh (ex-showroom Delhi).

The NRG comes with a choice of a 85PS/114Nm 1.2-litre petrol and a 1.05-litre diesel engine good for 70PS and 140Nm of torque. While the diesel comes mated to a 5-speed manual gearbox, the petrol NRG can now be had with an AMT along with manual transmission.

While there aren’t any major changes under the hood of the NRG, it does get additional front and rear body cladding, roof rails, skid plates and a 10mm higher ground clearance over the standard Tiago (180mm vs 170mm). Features like 14-inch dual-tone steel rims, blacked out grille, reflector headlamps, power windows and electrically adjustable wing mirrors are also on offer.

On the inside, however, the new Tiago NRG variant gets additional features like an upgraded 7.0-inch touchscreen infotainment system from Harman with Apple CarPlay and Android Auto instead of the 5.0-inch unit. It also features dual airbags, ABS with EBD, corner stability control, reverse parking sensors and seat belt warning as standard.

The AMT variant of the 2019 Tiago NRG is priced at Rs 6.15 lakh (ex-showroom Delhi) which is a  premium of Rs 48,000 over the petrol manual. The Tata Tiago NRG rivals the likes of the Maruti Suzuki Celerio X and the Mahindra KUV100 NXT in the Indian market.