Armed with seven seats, a host of new features and driver assists, the 2019 GLE is all grown up and is arriving on our shores soon. We tell you what's in store 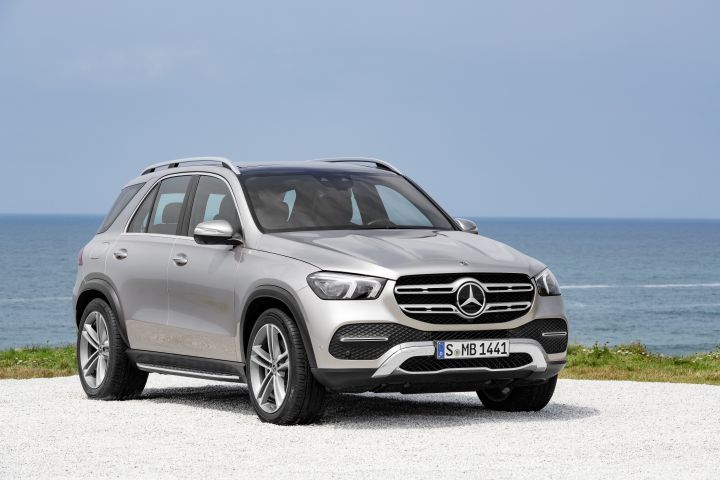 Even as the GLC has become the most sold SUV from Merc’s stable in India, it was the GLE (erstwhile M-Class) that laid the foundation for luxury SUVs in the country way back in the 90s. While it took on the GLE badge to denote the change in Merc’s approach to its ever expanding SUV lineup in 2015, it remained essentially the good old ML, (which was launched in 2011), albeit with minor tweaks here and there.

Fast forward to 2019 and Mercedes Benz is set to launch the new GLE in India. With an all-new engine, a fresh design, host of driver assistance systems and seats for seven, the all-new GLE is set to heat up the competition. Here is what to expect from the new BMW X5 and Audi Q7 rival.

Design Enhancements
The GLE has always been the SUV equivalent of the venerable E-Class, and the latest iteration is no different. This time around though it is longer (4924mm) by 105mm and wider (1947mm) by 12mm, but is 24mm lower than its predecessor (1772mm). Even the wheelbase, at 2995mm, has increased by about 80mm to accommodate the additional row of seating, a first for the GLE. Mercedes-Benz also claims that the legroom in the second row has gone up by 69mm, and there's a 33mm improvement in headroom as well.

The new GLE is available as a seven seater as standard now. However, there's a new six-seat variant on offer as well that gets fully electric captain seats in all three rows.

The designers at Stuttgart didn't just pump in steroids to make the new GLE beefier. Instead, they have carefully crafted its shell to make it more aerodynamic - the new GLE has a drag coefficient of 0.29 versus 0.32 of the previous-gen model.

At the front, the GLE gets a completely redesigned octagonal grille which is now more upright and has plenty of chrome inserts. Merc gives you the option of two chrome slats up front or if you want to keep things simpler, you can opt for a cleaner look with a single slat as well.

The automatic LED headlamps are now accompanied by dual inverted L-shaped DRLs that also double up as indicators. This does add to the overall butch appeal of the SUV and is certainly easy on the eyes as well.

On the sides, the GLE gets chunkier tyres which fill out the wheel arches to the T. The stretched out C-pillar is even more evident now, giving it a sleeker look. The slimmer LED tail lamp assembly at the back adds to the overall appeal of the SUV. However, the tailgate now looks more compact, almost giving the GLE a crossover-esque look at the rear.

Powerplants
The all-new GLE was showcased with two new diesel engines and a turbocharged petrol motor when it debuted at the Paris Motor Show last year. The first one is a 2.0-litre turbocharged inline-four engine good for 245PS of power and 500Nm of torque, which will be offered on the 300d variant. The second is a 3.0-litre inline-six motor that develops 330PS and a massive 700Nm of peak torque. To be offered with the 400d variant, this motor should be more suited for some spirited driving. At present, the GLE is sold in India with a 3.0-litre straight-six diesel which makes 357PS and 620Nm of torque and a 2.0-litre diesel which produces 204PS and 500Nm of torque.

The turbocharged V6 petrol engine is the same as the one in the current-gen GLE in India, but Merc is likely to couple it with hybrid gadgetry in the form of a 48V electric motor. This motor features an integrated starter generator that can control electric functions of the car and even the turbocharger. At 372PS and 500Nm, its power has also gone up by 40PS. All engines come paired with Merc’s 9-speed automatic transmission and 4MATIC all-wheel drive system.

Mercedes is likely to launch the GLE with the new diesel engines initially, which will both be BSVI-compliant when they come here. Meanwhile, the petrol-hybrid is likely to make its debut a little later on during the year.

Mercedes has packed the all-new GLE to the brim with a host of features and semi-autonomous drive assist systems. Not only does it get seats with ‘Energizing Coach’ function which automatically fine tunes the seating posture and gives different types of massages, it also features Merc’s E-Active Body Control. Available in the GLE as optional equipment for engines with six or more cylinders, this system pairs the air suspension with the 48V electric motor to individually control each damper and spring. This helps in restricting body roll and also controls the pitch and squat of the SUV.

While we expect the GLE in India to come equipped with smart seats, it is likely to skip on the long list of semi-autonomous driver aids such as active brake, steering and distance assists for the India spec model.

Another neat party trick up the GLE’s sleeve is the new ‘Rocking’ mode, and it should come with the Indian GLE as well. It allows the suspension level to be automatically raised and lowered in quick succession, thus alternatively improving traction. This should help the SUV get out of sticky situations easily. Pretty cool indeed.

The all-new GLE comes with Mercedes’ MBUX infotainment system. Instead of the old vertical iPad-style touchscreen on the old GLE, you now get a pair of 12.3-inch screens located next to each other so as to give the impression of a single, wider screen. The one facing the driver replaces the analog instrument cluster, while the second screen, located closer to the center of the dashboard, is used for infotainment. This feature will also be offered on the India-spec car, along with a huge panoramic sunroof as well.

The all-new GLE will go up against the Audi Q7 and the BMW X5 in India when it is launched here, likely in mid 2019. While the current-gen is sold at prices starting from Rs 67.15 lakh  to Rs 1.02 crore (ex-showroom New Delhi), we expect the new model to command a slight premium. So what are your expectations of the all-new GLE? Do you think it can be a worthy successor to current-gen SUV sold in India? Do let us know in the comments.