Looks bolder, gets more power and is now quieter for the occupants 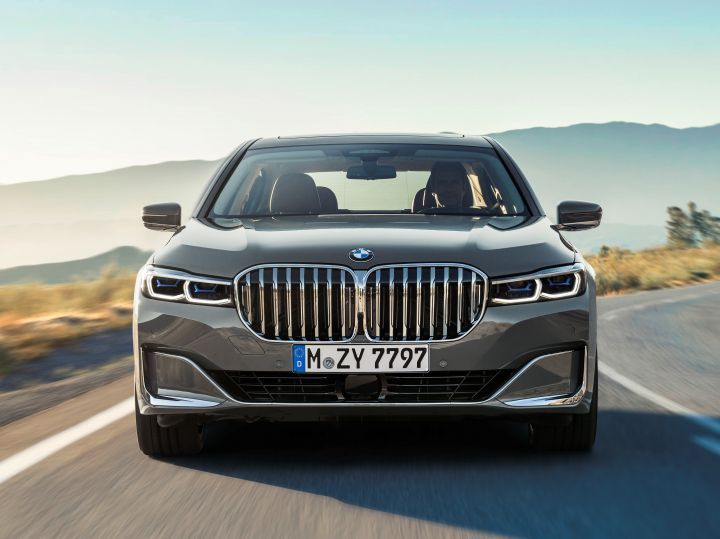 After a lot of discussions in the office over how the new 7 looked from the spy shot, BMW has now given us a bit more to talk about. The 2019 BMW 7 Series has officially been unveiled and it packs a few more tricks up its sleeve.

For starters, it now has a more 'in your face' approach to the design which begins with the grille and ends with the connected taillamps. And while the V12 has been retained as is, the V8 has been reworked to make more power. There still a plug-in hybrid variant if you care about the environment or the mileage (former more probable than the latter) and some more tech in the cabin.

From the outside, the grille takes all the attention. It is now 40 per cent larger and allows for more air to be fed to the radiator via the active kidney grille vents. The headlamps too have been reworked and come standard with LEDs, with an option to upgrade to BMW Laserlight. Over the side, things look pretty much the same in terms of the silhouette, but there are subtle changes -- the chrome strip is more angular and loses it's 'hockey-stick' shape. At the back, things are drastically different, with new tail lamp units which are slimmer than before. Also, there is now a sleek LED running across the width of the booth, connecting the taillamps. From what we learnt from the images, this setup does look pretty sweet. Overall, the 7 has more presence than before -- good or bad, we leave it to your judgment.

Inside, the key highlight is the new all-digital 12.3-inch instrument cluster which also previewed in the new 8 Series and X5. Other than that, it gets subtle changes to the dashboard, a re-positioned tray for wireless charging in the centre console and better cabin insulation with improved soundproofing around the rear wheel arches, B-pillars and seatbelt outlet covers in the rear. Further helping this are the side and rear window acoustic glass.

Like we mentioned, the flagship still is the 760Li XDrive with its massive V12 pumping out 600PS of power and 850Nm of torque. The 4.4-litre V8, though, has been played with and now makes 530PS, 80PS more than before, and 750Nm of torque, a massive 100Nm more than before. Three diesel engines are still a part of the lineup with output ranging from 265PS to 400PS. The highlight here is the plug-in hybrid variants which get an inline six-cylinder petrol motor working in sync with an electric motor. Combined power output of the two is 394PS and the 7 can run on pure electricity for 58 kilometres at a stretch. But if you decide to put your foot down, this limousine will do 0-100kmph in 4.9 seconds.

The 2019 BMW 7 Series will have its international market debut in April and is expected to be launched in India in the latter half of 2019. We expect price not to increase significantly and still remain in the vicinity of Rs 1.5 crore-2.5 crore.