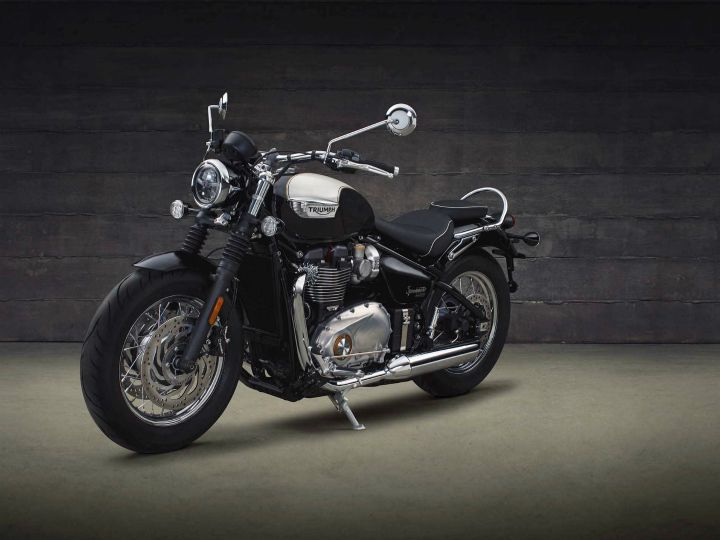 The fifth edition of the India Bike Week (IBW) is starting to look exceptional with some interesting unveils lined up for this year’s festival. Among them is Triumph’s Bonneville Speedmaster, which made its debut at Triumph’s headquarters in Hinckley, UK, last month and is now being shipped for its first public unveiling in India.

The Bonneville Speedmaster is a classic, neo-retro motorcycle that draws inspiration from Triumph’s Bonneville Bobber. However, the Speedmaster gets a more cruiser-like design for long rides. This includes swept-back handlebars and forward-set footpegs for a more relaxed riding position and a longer split-saddle that can seat two. It will also feature LED headlights with DRLs and a single analogue pod with a digital screen for instrumentation.

The Speedmaster gets the same engine as the Bobber, which is a 1200cc, liquid-cooled parallel-twin that churns out 77PS of peak power at 6100rpm and 106 Nm of peak torque at 4000rpm. It gets a 6-speed gearbox and since the bike is equipped with ride-by-wire tech, it gets two power modes, Road and Rain; and also includes a switchable traction control and cruise control.

Suspension duties are managed by 41mm telescopic front forks with 90mm travel and an adjustable monoshock at the rear with 73mm rear wheel travel. Twin 310mm discs handle braking duties at the front, while you’ll find a single 255mm disc at the rear. The front discs get twin-piston Brembo floating calipers and the rear disc gets a single-piston Nissin floating caliper. ABS is standard and the bike gets 16-inch spoke wheels instead of the 19-inch ones seen on the Bobber. Keeping the touring aspect in mind, the Speedmaster also gets a larger 12-litre fuel tank instead of the 9.1-litre tank seen on the Bobber. With a kerb weight of 245.5kg, the tourer is by far the heaviest Bonneville you can buy.

The bike essentially comes in two custom kits: the Maverick and the Highway. The Maverick gets flatter handlebars, a single seat for the rider and Vance & Hines exhaust pipes finished in black. Some of the smaller elements covered in chrome on the standard model have been blacked out too. The Highway version, on the other hand, gets a large, adjustable windscreen, split-seats for two with a backrest for the pillion and a small luggage carrier at the rear. It also gets panniers on either side. The chrome bits seen on the standard variant including the chrome exhaust pipes have been carried over onto the Highway version as well.

The Speedmaster will be unveiled to the public November 24 at IBW in Vagator, Goa, and will be launch in the first quarter of 2018. We expect the bike to cost around Rs 11 lakh when it goes on sale and we shall bring you an in-depth report on how much of a worthy tourer it really proves to be on Indian road conditions soon. So, stay tuned! 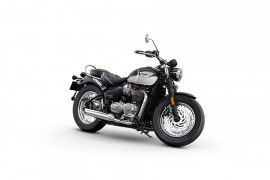 All Comparisons of Bonneville Speedmaster