The 2017 edition of the HOG India Rally is expected to be attended by around 3,000 Harley-Davidson owners from across the country 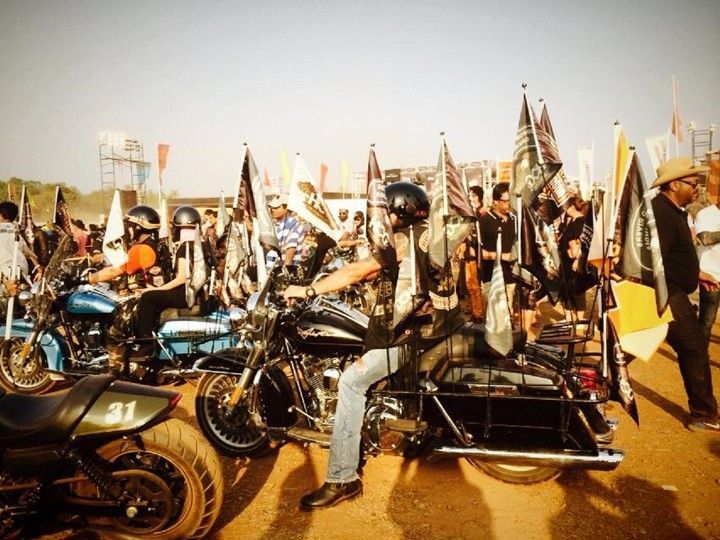 Harley-Davidson India will be organising the fifth edition of the HOG India (Harley Owners Group) Rally in Goa between February 16 to 18, 2017 in Goa. The 2017 HOG India Rally is expected to be the biggest one yet and the American bikemaker expects close to 3,000 HOG members from various parts of the country to participate in the event. The bikers will be riding through some of the most scenic roads of Goa accompanied by the roar from their V-twin motors, lightening up the ride. Apart from the ride, Harley owners can also look forward to the premiere comedy-rock band Vir Das’ Alien Chutney, a custom motorcycle zone, various food stalls and of course, a great opportunity to mingle with like-minded bikers.

Commenting on the fifth edition of the India H.O.G Rally, Pallavi Singh, director, Marketing, Harley-Davidson India, said, “Harley Owners Group has had a significant impact on the motorcycle community in India and has pioneered in promoting the sport of leisure motorcycling culture in the country. In five short years since the first National rally, H.O.G. rallies have witnessed riders riding from across the country to our rallies, all driven by their passion and love for Harley-Davidson and the spirit of riding together. This larger-than-life riding journey has fuelled some to ride over 1 Lac kilometers on their motorcycles and a few even the Indian peripheral. Over the years, H.O.G. India rally has become a mainstay in the motorcycling events schedule. We look forward to celebrating the essence of riding together and thank our H.O.G. members for their passion and brotherhood from all over India.”

Another big draw at the HOG India Rally is the Custom Champion Contest in which every Harley owner tries his best to customise his or her motorcycle to stand apart from others. Customisation has always been at the heart of the Harley-Davidson brand and thanks to the plethora of official accessories, you will rarely see two similar Harley motorcycles. The winner of the 2017 contest will win an all-expenses-paid trip to the 77th Annual 2017 Sturgis Motorcycle Rally in USA. 30 members out of the 12,000- strong H.O.G. in India have participated in all the regional H.O.G. Rally and will receive the “big five” patch. If that wasn’t enough, eight H.O.G. members will get the elusive “triple five” badge as these riders from across India have covered more than 1 lakh kilometers individually on their Harleys. So if you are a Harley-Davidson owner and aficionado, it’s time to mark your calendar and head to the sunny sands of Goa to attend the biggest Harley-Davidson event of 2017 in India.