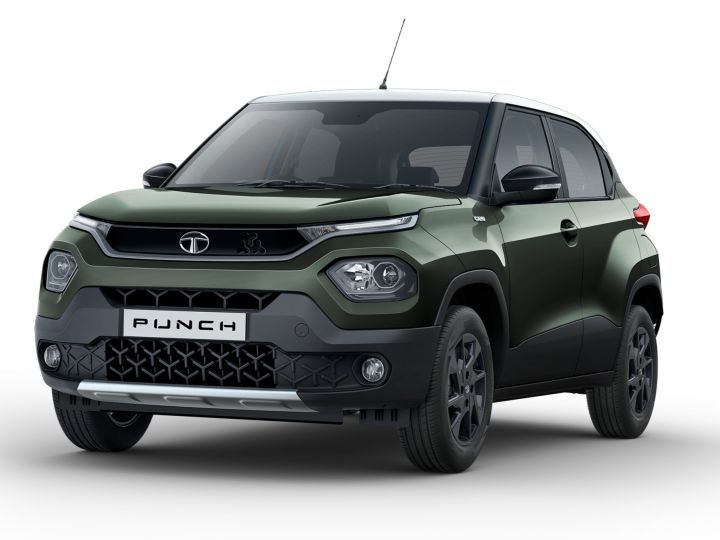 Just hours after dropping a teaser, Tata has launched the Punch micro SUV’s Camo Edition avatar. The new special edition celebrates the Punch’s first anniversary and adds a new paint shade and a wide array of cosmetic updates to the Punch. Check it out in the video below:

The Punch Camo Edition is available in the mid-spec Adventure and Accomplished trim levels, with optional Rhythm and Dazzle accessory packs, respectively.

*All prices are ex-showroom Delhi

The Punch Camo Edition comes at a premium of Rs 15,000 over the respective standard variants. This special edition is not available on the top-spec Creative trim level.

On the outside, the Punch Camo Edition features a striking Foliage Green paintwork with a dual-tone roof that’s available in piano black and white colours. It also gets ‘Camo’ badges on the fenders and 16-inch Charcoal (dark-coloured) diamond-cut alloy wheels. Exterior trim bits such as the grille and headlight surrounds are finished in dark grey.

Inside, the special edition Punch gets dark green trim on the dashboard and doors, black fabric seats with a camo print on the seat back and bottom.

Depending on the variant and accessory pack, the Punch Camo Edition comes with features such as a seven-inch floating touchscreen and reverse parking camera. Features such as LED DRLs and taillights, push button start/stop, front fog lamps and cruise control are offered on the Camo Edition. Since it’s not available in the top variant, it still misses out on puddle lamps, digitised driver’s display and auto headlights and wipers.