Set to take on compact SUV titans like the Hyundai Creta 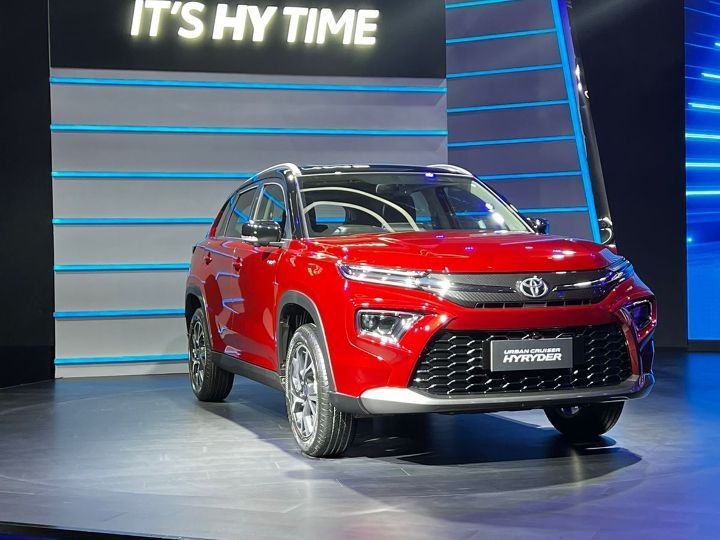 After a long period of teasers, the covers are finally off. Toyota has unleashed the Urban Cruiser Hyryder, which will take on the compact SUV segment, will be built on a Suzuki architecture and is expected to be launched in India by September with a lot of firsts. Official bookings are now open online and at authorised dealerships at a token amount of Rs 25,000.

First impressions suggest Toyota’s entry into the compact SUV segment will be with a bit of muscle. By that we mean a prominent bonnet. Going further down, the massive air dams are Glanza-inspired, complemented by split LED DRLs that are connected via a chrome strip. 17-inch alloy wheels aside, at the rear we’re treated to nicely wrapped tail lamps with a chrome strip connecting the C-shaped LED light guides on either side.

Muscular on the outside, the SUV looks just as posh once you enter the cabin due to soft-touch materials on the dashboard. That’s complemented with a dual-tone chocolate brown-black theme, as well as splashes of silver/chrome all over.

Along with that premium feel also comes a raft of features  including a 360-degree camera, 9-inch Suzuki touchscreen infotainment system, ventilated leather seats, ambient lighting, connected car tech, Google and Siri voice assistance, automatic climate control as well as a wireless phone charger, head-up display and a panoramic sunroof. For further personalization, there will be over 66 accessories on offer.

Here’s a detailed look at the specifications and the gearboxes of the SUV:

The Toyota Urban Cruiser Hyryder will also have a Maruti Suzuki twin, which will show up in the near future. The former’s production will commence in August at Toyota’s Bidadi plant in Karnataka with over 90 percent localisation of parts. Expect prices to start from Rs 9.5 lakh (ex-showroom). It will rival the likes of the Hyundai Creta, Kia Seltos, VW Taigun, Skoda Kushaq, and the MG Astor.