In addition, a new regulation promises to make Indian cars safer in the coming years 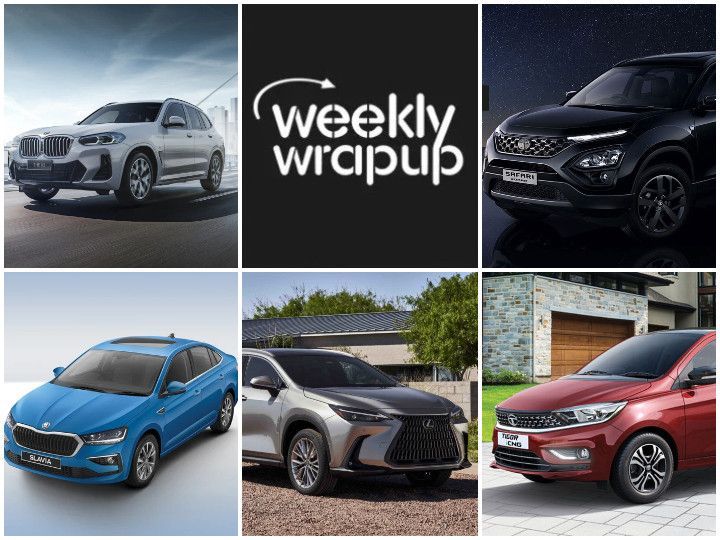 The third week of January saw new SUVs and CNG cars launched in India. We also received a mixed bag of positive and bleak automotive news about upcoming models, and the government announced a new possible change in safety norms.

Summing it all up, here are all the important car news stories from last week:

The all-black Safari Dark has hit the shelves at prices starting from Rs 19.06 lakh (ex-showroom). For the money, it gets you a new Oberon Black paint, glossy black exterior and interior trim bits, and black leather upholstery. Features differ between trim levels, but a panoramic sunroof is standard.

The X3 facelift’s subtle updates have made it even more of a head-turner. It comes with a plush new interior and a long list of features, but the engine options remain familiar.

Tata has expanded the features list of its entry-level compact cars for 2022. In addition, the Tiago and Tigor siblings also get new CNG options with higher-spec variants.

The Slavia has begun rolling out from Skoda’s Chakan plant ahead of the sedan’s launch in India. It’s expected to go on sale in March, but you can book it now at dealerships for a sum.

Six Airbags To Be Mandatory For Indian Cars

From October 2022, it’s unlikely that carmakers will be able to sell their cars in India without side and curtain airbags. Budget car prices will likely take the biggest hit in the transition, but it’s an important step forward in car safety.

We finally got a good look at the India-spec Toyota Hilux ahead of its launch in March. It’s a diesel-powered pickup truck that’ll be available with both manual and automatic gearboxes and a standard four-wheel-drive system.

Toyota-owned Lexus is set to launch the all-new NX 350h SUV in India soon. It’s good-looking, feature-laden, and gets a new hybrid powertrain that makes it a quick little luxury SUV.

The Celerio’s fuel economy figures were impressive even at launch when only a petrol variant was available. There’s a new CNG variant in the Maruti lineup, and it claims to deliver an efficiency of 35.6 kg/km!

V12 engines are a rare breed these days, but they are set to become rarer still after BMW ceases production of its 6.6-litre behemoth. It’s currently available in the 7 Series sedan in the twin-turbo form, where it churns out 610PS and 850Nm!

Pandemic-related issues have forced Toyota to pause the production of its flagship SUV. First deliveries of the LC300 could be delayed by as much as four years.