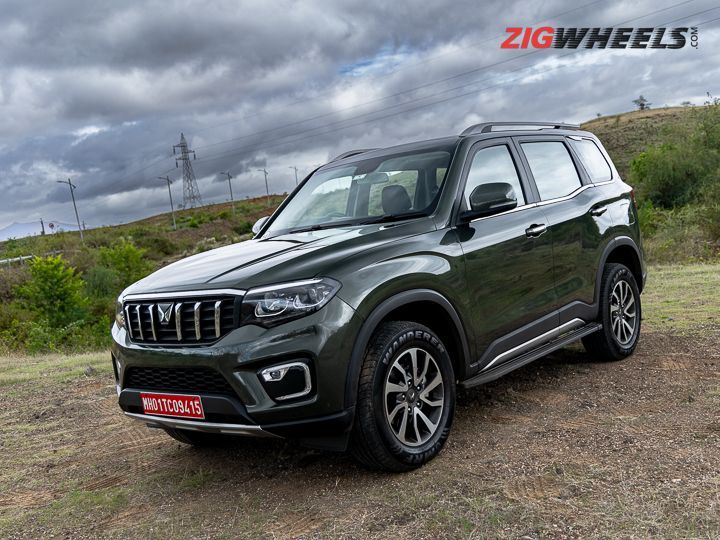 Mahindra has revealed the prices for the Scorpio N’s automatic and four-wheel drive (4WD) variants. With that, the SUV’s introductory prices are fully revealed and will be available to book from 11am on July 30. For now, you can configure the SUV and ‘add it to cart’ on the official website. First deliveries will commence on September 26.

The new Scorpio N is priced from Rs 12 lakh to Rs 23.9 lakh. Note that these are introductory prices, valid for the first 25,000 Scorpio-N SUVs.

*Introductory ex-showroom prices for the first 25,000 orders only

The new 6-speed Aisin automatic transmission comes at a premium of Rs 1.96 lakh over manual transmission variants, while 4WD is for a hefty Rs 2.45 lakh more. In the top-spec Z8 L trim, the Scorpio N is available as a six-seater with second-row captain seats for a relatively small premium of Rs 20,000 over the respective 7-seater variants. However, you cannot combine it with the 4WD option.

*Introductory ex-showroom prices for the first 25,000 orders only

The petrol-powered Scorpio N can be had with an auto ‘box in all except the base Z2 trim levels. You can’t get the petrol Scorpio N in the Z6 trim level since it’s diesel-only.  It also misses out on the 4WD option for now.

Similar to the Mahindra XUV700 and Thar, the Scorpio N gets the choice of – 2-litre turbo petrol and 2.2-litre diesel engines.

The petrol engine is the most powerful of the bunch with a 200PS+ power output. However, the 175PS diesel engine doesn’t trail far behind and makes the most torque of the three units at 400Nm (in the automatic variant).

The Mahindra Scorpio N is a feature-packed SUV with a long list of equipment such as an electric sunroof, dual-zone climate control, ventilated front seats, a powered driver’s seat and a wireless phone charger. It’s equipped with an 8-inch infotainment touchscreen with Alexa voice assistant and ‘what 3 words’ navigation, paired with a 12-speaker Sony 3D audio system.

As for safety features, the Scorpio gets up to 6 airbags, front and rear parking cameras and sensors, ESC, TPMS and onboard telematics. It also gets a driver attention warning system similar to the XUV700. Ventilated front and rear disc brakes are standard across all variants.

The Mahindra Scorpio N competes with the Hyundai Alcazar, Tata Safari and MG Hector Plus. It’ll be sold alongside a mildly updated version of the current model, set to be revealed soon as the Scorpio Classic.