You know the drill… Strap on the VBoxes, head to our test location, and give it the beans 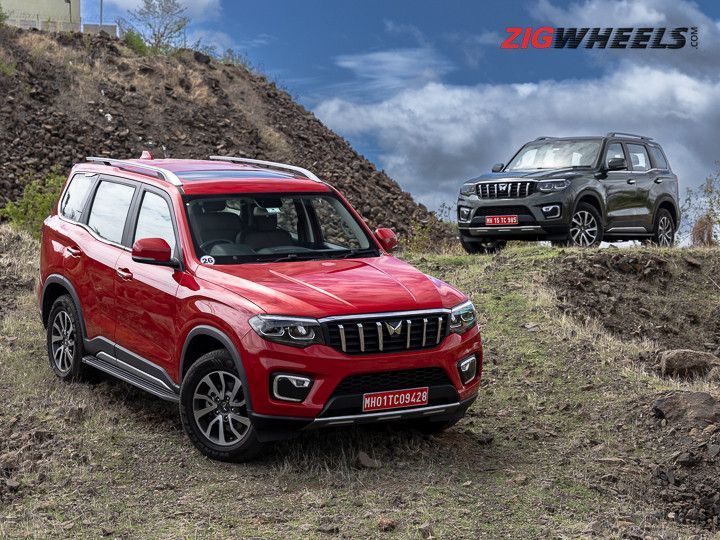 We were just as eager as you to get this report out as soon as possible. The 2022 Mahindra Scorpio N boasts impressive performance from its engines. 203PS from its 2-litre turbo-petrol and 175PS from its 2.2-litre diesel engine makes these numbers one of the best in its segment. With both the engine options in hand for this test, we had an idea itching in our heads: which one is faster and which one is more frugal?

Will the more powerful petrol come out on top or will the torquier diesel bag the crown? Buckle up and join us for this drive as we bring you the answers.

First Up, The Drag Race

Lights out and away we go! And it’s the petrol Scorpio N with its better performance numbers that gets the better start. The SUV with its better performance on tap managed to pull away from the diesel model and did naught to 100kmph in 10.16 seconds, around 1.5 seconds quicker than the diesel model. This makes the Scorpio petrol AT one of the quickest body-on-frame SUVs you can buy below Rs 20 lakh.

However, in the real world, it’s the roll-on figures that matter. And while the Scorpio N petrol bags the crown here once again, the diesel AT, with 400Nm available from 1750rpm, wasn’t too far behind, crossing the line six tenths after the petrol version.

The Scorpio N petrol might have won the performance test, but a large petrol engine in a heavy SUV is a recipe for disaster when it comes to fuel efficiency. So can it still hold its stead in the fuel efficiency test?

Sadly, the tides aren’t in the favour of the petrol model as the Scorpio N diesel is more fuel efficient, both in the city and highway. The difference is also significant, around 2.2kmpl in the city and nearly 3kmpl on the open road. And in a country where fuel prices appreciate faster than the rate of gold, each and every kmpl matters.

In the confines of this test, it seems to be an even draw as the petrol model is quicker, while the diesel SUV is more frugal. That said, performance of the diesel SUV is strong and it offers a nice balance between speed and efficiency. But if you want some enthusiasm without worrying about mileage, the petrol Scorpio N is definitely worth considering.