Which one are you rooting for – the desi Wrangler or the reimagined Gypsy? 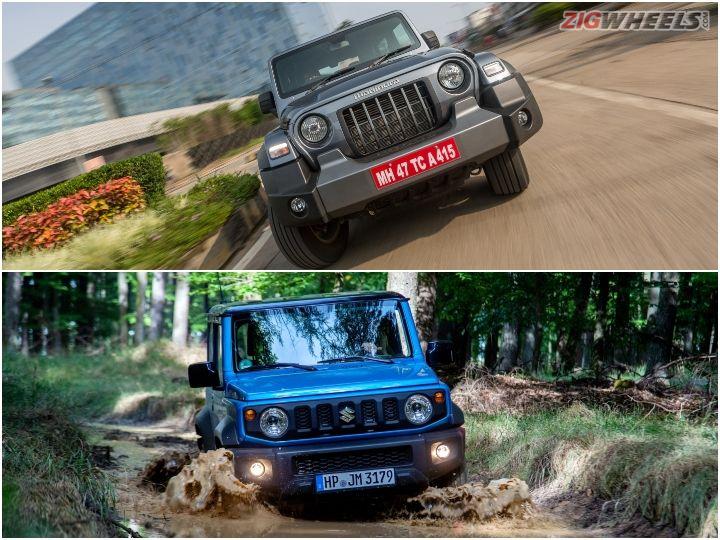 The year 2023 is going to be an interesting one for ardent SUV admirers as both Mahindra and Maruti Suzuki are aiming to launch the five-door versions of the Thar and Jimny in India.

One can say the Jimny is late to the party and is in fact showing up in the wrong attire by ditching the cool three-door setup. But, it is what it is and clearly better than nothing.

Both these SUVs have a cult following, thanks to their past and what they bring to the table as lifestyle offerings. Moreover, online chatter suggests the names Gypsy and Armada might be in for a revival, making things even more interesting.

Test mules of these SUVs are out in the open putting in the miles right now. Everything is up for speculation and all technical details are under wraps as well. But that won’t stop us from opinionating by pitching these two against one another, just for the kicks. So here’s the rundown:

Size. This is the main advantage we believe the Jimny will have over the Thar five-door. As we know, the current Jimny has a tiny footprint and the five-door is expected to be longer than that.

The three-door Jimny is just 3.6 metres long and for perspective, the three-door Thar is almost four metres long. Even with the addition of two doors, we expect the Jimny to be much shorter than the five-door Thar which will definitely be an XL-sized SUV.

The smaller footprint also helps in keeping the weight in check and ideally results in better performance off-road. This will also mean the Jimny will be the easier car to navigate inside a city’s rush and bustle as well as those tight trails.

Another area where the Jimny five-door might have an upper edge over Thar is the pricing. We expect Maruti Suzuki to price the Jimny aggressively undercutting the current Thar which is priced from Rs 13.53 lakh to Rs 16.03 lakh (ex-showroom Delhi).

What about the five-door Thar?

Well, with whatever information and insight available, no matter how hard we look, the Thar five-door clearly has a lead over the Jimny five-door. For instance, the very thing that is the defining identity of the Jimny might also be its weakest point in this brawl.

The Thar will definitely be a big SUV with dollops of road presence, something the Jimny five-door would lack. Sure, the Jimny is a handsome SUV, but road presence is not its ally. We Indians like everything big and the five-door Thar is expected to pack more cabin space and overall room, including boot space.

The Thar might also have a clear advantage when it comes to the powertrain options, including a powerful diesel motor. Suzuki does not have any diesel engine options as of now and it is unlikely the Jimny will debut in India with a powertrain option other than the 1.5-litre petrol engine.

On the other hand, the Thar five-door will definitely come with a 2-litre turbo-petrol and 2.2-litre turbodiesel engine choices paired with a six-speed automatic or manual gearbox. In the current three-door model, the turbo-petrol develops 150PS and 300Nm and the 2.2-litre diesel makes 130PS and 300Nm and these are bound to go up for the five-door model. These figures are a far cry from Jimny’s 102PS.

However, how Maruti Suzuki decides to price the five-door Jimny will be directly proportional to its success in India. Considering the three-door Thar is a Rs 20 lakh car now, the bigger Thar will definitely be priced above that.

Everything aside, we are eagerly (read: desperately) waiting for both SUVs to be introduced next year, especially the Jimny. Meanwhile, we are still not over the reality that we’ll never ever get to see the three-door Jimny in India. Sigh.