Let there be more doors! 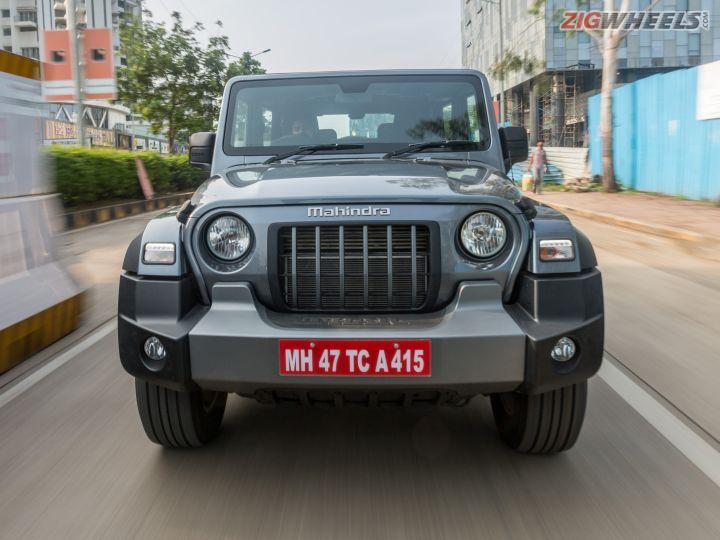 The Mahindra Thar is a sales hit. And that fact is backed by numbers. 75,000 bookings in just one year, 30,000 units delivered in 2021, and sales figures still hovering around the 4000 mark every month. Frankly, we all saw it coming. The Thar’s success story has got to do with many aspects, but how it became a better car which could actually do-it-all, made the most sense to buyers. Indian consumers’ newfound love for lifestyle vehicles is yet another contributing factor. And before we know it, Mahindra is readying the Thar with two more doors. Here are five reasons why it might work:

Yeah, the Daddy’s good but the Daddy is anything but cheap. Range-topping variants of the Scorpio N, or what Mahindra likes to call it ‘The Big Daddy of SUVs’, is closer to the Rs 30 lakh mark when you factor in the on-road pricing. And the top-spec Thar LX Auto will set you back by around Rs 20 lakh. That is a delta of 10 lakhs or a Maruti Swift right there.

So a 5-door Thar that sits in this delta should ideally be the best of both, right? A practical Thar that is not as dear as the Scorpio-N doesn’t sound bad to us.

The current Thar is popular since it has escaped from its predecessor’s shadow of a rough-edged rudimentary offroader to become a sophisticated and relatively practical offering without giving up its off-road cred. A Thar with more doors will only increase the same practicality quotient to the next level. More room and comfortable seats for five adults will be an excellent addition to those looking for the same.

The Thar will now be under the radar of a wider buyer set with the addition of more space. And with more doors, your significant other won’t be able to quash your dream of owning a Thar by saying it doesn’t have enough doors or boot space like the last time. So you get to have the cake and eat it too.

Mahindra has confirmed to us that the Thar 5-door will benefit from the Scorpio-N chassis and now a test mule has been spotted with the impressive pentalink suspension with Watt’s Linkage at the rear. What this translates to is an SUV which will have commendable dynamics for something that weighs so much and is riding on a traditional ladder-frame chassis. So in a jiffy, that means the Thar 5-door should have better ride and handling than the current 3-door Thar and will be more similar to the Scorpio-N when it comes to on-road manners.

It’s been a while since the second-generation Thar came out and the sheer number of Thars on our road are a testimony to Mahindra’s brand new powertrain options and its reliability. It is obvious that Mahindra will use these same powertrain combinations for the upcoming 5-door Thar - 2.0-litre turbo-petrol and 2.2-litre turbo diesel engines paired with both automatic and manual gearboxes. In the current Thar, these engines develop 150PS/300Nm from the 2.0 petrol and 130PS/300Nm from the 2.2-litre diesel. Expect these engines to offer more power in the long wheelbase Thar.

We love the Wrangler -- the five door model which is on sale in India. It is a focused off-roader with a single purpose and aim. But it is out of hold for most of us with a Rs 56 lakh ex-showroom price tag. Although Jeep and Wrangler owners won’t be pleased with the advent of the 5-door Thar, we think it is a plus that you get something that looks like a xerox copy of the legendary nameplate. After all, imitation is the biggest form of flattery, right?

Heavily camouflaged Thar 5-doors are currently out on our roads undergoing rigorous testing. We expect the carmaker to launch the SUV in 2023 and we do have a clear idea of what to expect. But it is too early to put our finger on the exact pricing. That said, it will definitely carry a considerable premium over the current Thar and it will slot in under the Scorpio-N in Mahindra’s SUV lineup.